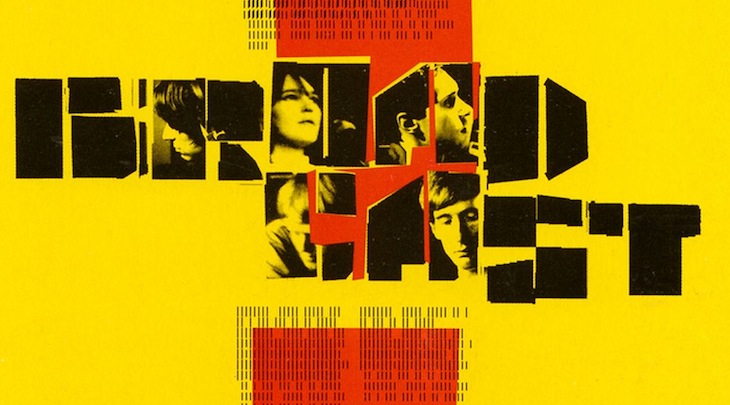 Broadcast were a band out of time. In 2000, the Birmingham psych-pop group seemed worlds apart from the marquee headliner indie and alt-rock acts of the time, like PJ Harvey, Radiohead, Deftones and Queens of the Stone Age. And even groups they toured with, like the enigmatic Montreal post-rock group Godspeed You! Black Emperor, shared only a kinship in a loosely moody and ambient approach to musical expression. But if Broadcast didn’t belong to the ’00s, they certainly didn’t belong to any other age either. In 1997, when the band released their first proper album of sorts—the seven-inch and EP tracks collection Work and Non Work—they were tenuously aligned with similarly hybridized indie acts like Stereolab and Pram. It was a cozy niche, decked out in mid-century modern furniture, Esquivel on the hi-fi and K Records cardigans in the coatroom, but it was also a brief rest stop for Broadcast, whose ambitions grew simultaneously larger and stranger. They took what they needed from those early singles — traces of early ’90s shoegaze and dream pop, the BBC Radiophonic Workshop, John Barry’s James Bond soundtracks, The Piper at the Gates of Dawn and Francoise Hardy — and used them as color swatches for a vibrant new home, built of psychedelic wonder.

Broadcast’s official debut, The Noise Made By People, arrived in 2000 via Warp — the first fully realized document of all of the band’s promise and potential. That doesn’t mean it’s their best album — that would happen three years later, though it’s still a close race. But The Noise Made By People was a new beginning for the band, in a way. On some level, it is the beginning; the ’90s mostly comprised a series of limited-edition vinyl singles for the band, and with each one they sounded impossibly cool. But they were mostly prologue. As they transitioned into the next decade, they brought that cool with them, but along with it came a more focused vision, and a truly remarkable set of songs.

The Noise Made By People is a big-sounding record, loaded with lushly arranged songs. It’s sumptuous and rich, and seems to create an entire universe unto itself — one I’d like to book a room inside and stay for the winter. As big as its ideas get, though, so much of the album — and Broadcast’s music on the whole — is founded on restraint. The first single that was released from the album, “Echo’s Answer,” is an exercise in electronic minimalism, with singer Trish Keenan sweetly delivering a gentle reflection on fear and uncertainty against a warbly electronic loop. James Cargill slowly introduces a series of other sounds — some warped strings, feedback, a slight hint of distortion — but what makes the song incredible is just how little of it there is, and how complete it still sounds. And Keenan, as well, is a vessel for such restraint, rarely opting for a more dramatic vocal performance when a simple, measured one will do. She can sing — her passionate vocal on “Papercuts” is plenty evidence of this — but she’s cautious never to overdo it, often letting her voice become a part of the intricate web of sounds that Broadcast conjures, rather than something apart from it.

It’s best to immerse oneself in the album in the sequence presented. The widescreen fade in of the bold, commanding opening track “Long Was the Year” rolls in with the panoramic scope of a big-budget art film. It’s simple and metronomic, and yet it’s a treasure trove of sonic easter eggs — a true headphone experience released in a year when listeners were increasingly absorbing sounds through chintzy desktop computer speakers. Deeper into the album, Broadcast morphs into different shapes and forms, all while riding a steady undercurrent of surreal beauty and ethereal eeriness. “Unchanging Windows” is their ambient pop march; “Come on Let’s Go” is their straightforward pop song (by their standards, anyhow); “You Can Fall” is like an IDM lullaby; and “Papercuts” is the closest thing to Broadcast rocking out, its abrasive synth bassline pulsing with a sinister edge.

Everything in Broadcast’s world is approachable, maybe even just this side of familiar. But it’s all wrapped in a curious, hallucinatory gauze, leading the listener down all manner of tunnels, vortexes and looking glasses. Keenan, by contrast, opts for a more direct approach in her lyrics, focusing on more emotional, human concerns. She’s a warm and inviting spirit guide in “Come on Let’s Go,” chirping, “You won’t find it by yourself/ You’re gonna need some help/ And you won’t fail with me around.” And the depiction of a shy, guarded boy writing in his journal is one sexual misadventure away from a Belle and Sebastian song: “The writing for pleasure you wouldn’t let me read… You said you wrote a page about me/ In your diary.” There’s at once something unsettling about Broadcast’s music, and yet there’s an innocence and weirdly nostalgic quality that lends it a certain warmth only afforded to albums most of us have lived with for years. It’s like a hallucination, in a way, but one that takes us somewhere familiar — for reasons that aren’t always easy to parse out.

“I think the evocation of memory in our music could be seen as the residue of imaginary time travel,” Keenan said in a 2009 interview with The Wire. “You can either go forward or back. You go back in order to change something in the now, to redesign the course of events for personal reasons. When you go back to a previous musical time you’re trying to recall a memory that never happened to you, that is not stored, so it would make sense that you hear a fuzzy dissolving sense of time and place as you call it. When you make music in backwards time travel it’s shadowy or faint impression as though you’re looking back through two clouded lenses, one is the time travel portal the other is a false recollection process.” 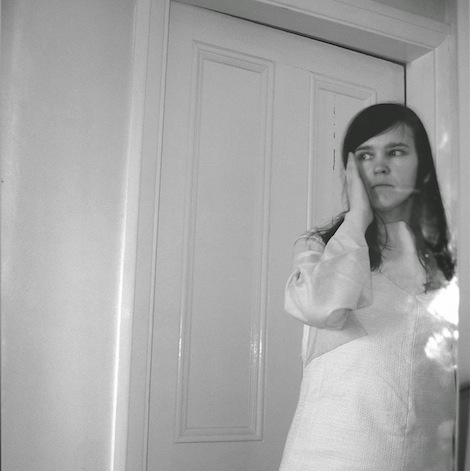 During their 16 years of making music, Broadcast recorded a lot of material, but their albums were each spaced out in roughly three-year intervals — certainly not an unreasonably long amount of time between albums, but long enough for each release to come as a welcome surprise. In fact, I had essentially no knowledge about the album, and certainly no indication of what The Noise Made By People would actually sound like when I bought it. Seeing their name on the cover, coupled with good memories of Work and Non Work, was enough for me to pay the $17 in the spring of 2000.

More so than their previous set of music, The Noise Made By People was the album that turned me from a casual Broadcast listener into one that would chase down every last import single and limited-edition EP. Their music made me feel something, but I wasn’t always sure what that feeling was. I just knew that I never wanted to stop hearing it — I wanted to live inside of it. Finding other Broadcast fans proved elusive, but immensely rewarding when it did happen. It felt like being part of a secret club; if someone knew and loved Broadcast, I knew I could trust them. An ex-girlfriend of mine once sneered at this “weird music” once, and it made all the more sense why we couldn’t work it out. My girlfriend after that was as much of a Broadcast fan as I was, and we later ended up getting married (and “Come On Let’s Go” was on our wedding playlist, as it turned out). Their music wasn’t simply meant to be heard, but to be completely immersed in; sometimes it’s better to have company when you make that dive.

Broadcast’s singer, Trish Keenan, sadly passed away in 2011 after a bad case of pnemonia, and though some archival material still exists—including a final album that Cargill still may or may not release—there is no Broadcast without her. As much as I’d love to hear that album, if it’s ever released, its arrival would prove bittersweet—closing the book on the band’s legacy once and for all. Until then, if that ever happens, there are albums like The Noise Made By People to remind us of the strange auditory hits of euphoria the band was capable of creating. And though the circumstances of the band’s end are both sad and tragic, I’m overwhelmed by the joy and beauty that Keenan and Broadcast conveyed in their music. More than anything, I just miss hearing her voice.