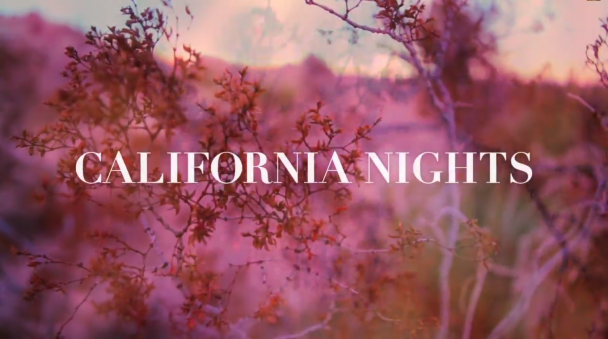 Best Coast are going major label. Following the release of last year’s Fade Away, the Los Angeles duo of Bethany Costentino and Bobb Bruno have announced a new album titled California Nights (which seems entirely in character for the group), their first for Harvest. The album — their third, since Fade Away is recognized as a “mini-album” — will be released on May 5, and the band has released a new teaser video for the album, which you can watch below.

Based on the music in the teaser, it would seem that Best Coast is aiming toward a more ambitious and moody sound on this one, and it’s only fitting that the band make a leap forward now that they’ve got major label backing. The band has also announced a show tomorrow night (Feb. 19) at The Echo in L.A. No other tour dates have been announced, but there’s a good probability that more shows are in the band’s future.