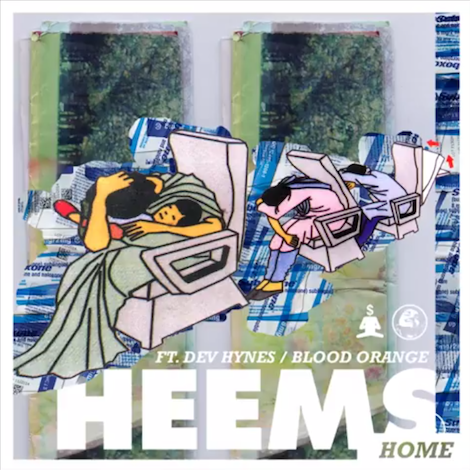 Last month, Heems — formerly of Das Racist — announced he was releasing a new album, Eat Pray Thug, March 10 via Megaforce. He’s already released one track from the album, titled “Sometimes.” And today, he’s got another new track from the album to share with us. Rolling Stone premiered the New York emcee’s new track, “Home,” which features Dev Hynes of Blood Orange. Listen to the Heems “Home” stream below.

In the Rolling Stone article, Heems also says that the album is less playful than his music in Das Racist, and “the subject matter is much more personal and serious” than listeners might expect from him.

In addition to the new track “Home,” Heems also released an outtake from the Eat Pray Thug sessions, titled “Tell Me A Poem.” The track was produced by Burning Deck, and was put together in 30 minutes after a show in Bangalore, according to the article. Listen to that one below.