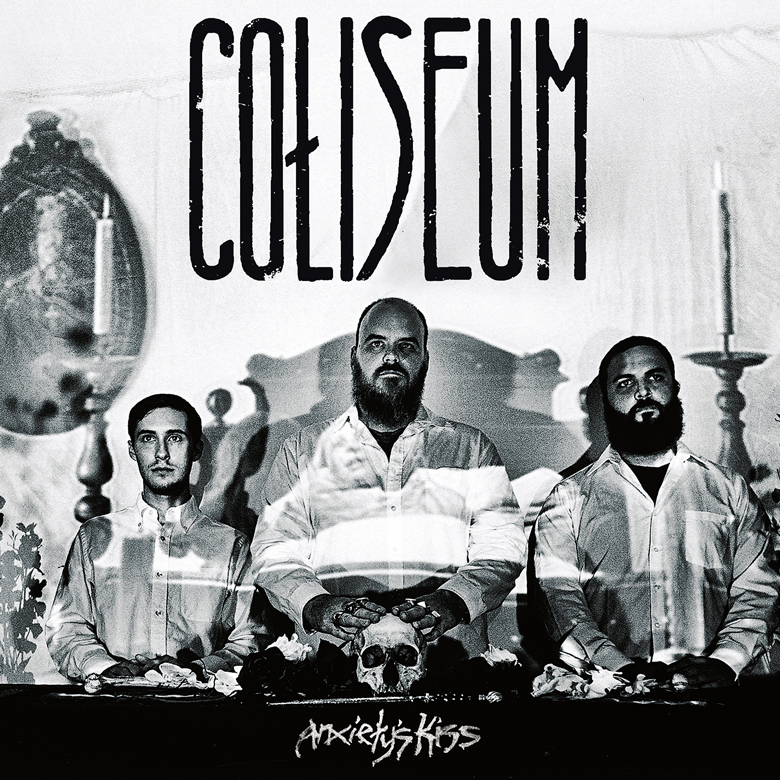 Coliseum is getting ready to release another set of brawny, hook-heavy hardcore in 2015. Following 2013’s Sister Faith, the band has announced the release of their fifth album, Anxiety’s Kiss on May 5, which was produced by J. Robbins (Jawbox, Burning Airlines). The album is being released through Deathwish Inc., after a few years spent on Temporary Residence Limited. And the Louisville trio has also shared a new video for the first single, “We Are the Water.” The clip is directed by Max Moore, and depicts the band performing in a warehouse with lots of billowing backdrops. It’s simple, but it does the trick. Check out the video below, along with the album’s tracklist.

Coliseum’s Sister Faith is featured on our list of 10 essential Louisville albums.