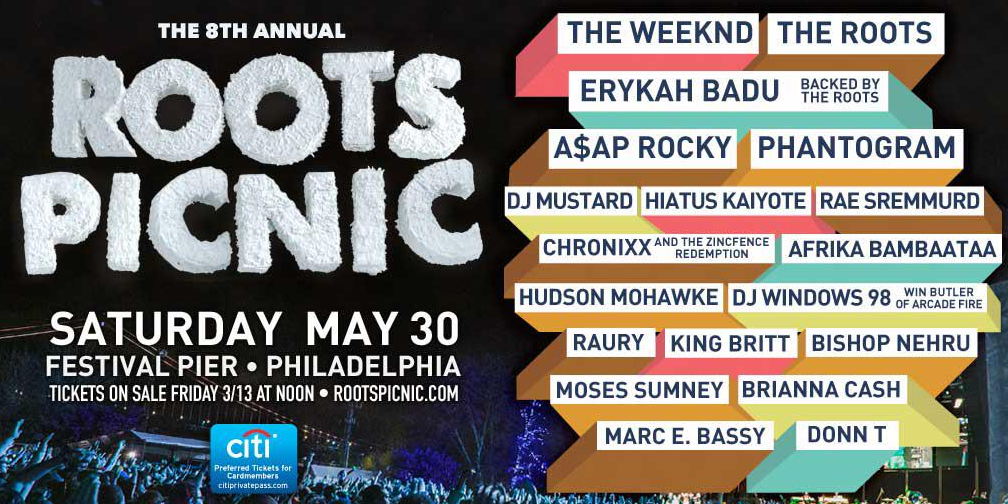 Now that it’s festival season, or at least almost festival season (Austin’s SXSW will kick that off next week), The Roots Picnic will be happening again on Saturday, May 30 at Festival Pier in Philadelphia. This year’s fest will be headlined by The Roots, as it usually is, as well as by neo-soul goddess Erykah Badu and Canadian R&B artist The Weeknd.

The Roots are also playing a benefit show at Carnegie Hall, which will pay tribute to the music of David Byrne and Talking Heads on March 23. The show will also feature Bebel Gilberto, Steve Earle, O.A.R., Alexis Krauss of Sleigh Bells, Beth Orton and Billy Gibbons of ZZ Top — all playing Byrne songs which seems kind of amazing. Proceeds from the show will go toward music programs for underprivileged youth.