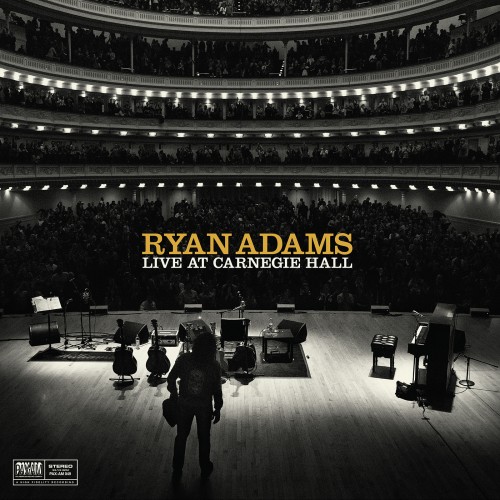 Ryan Adams has announced a new live album, titled Ryan Adams: Live at Carnegie Hall, which will be released on April 21 via Pax-Am and Blue Note. It’s a 6xLP (!) vinyl set, comprising 42 songs recorded during two nights last November in New York City’s Carnegie Hall. Two of the songs, “This Is Where We Meet In My Mind” and “How Much Light,” are previously unreleased. The full 42-track setlist features songs from throughout Adams’ career, including highlights from Heartbreaker, Gold, Cold Roses, Ashes and Fire and last year’s excellent Ryan Adams. Check out that tracklist here.

The album is also being released as a shorter 10-song version, titled Ten Songs from Live at Carnegie Hall, on CD, LP and digital formats on June 9. Check out the single-disc Ryan Adams live album tracklist below.