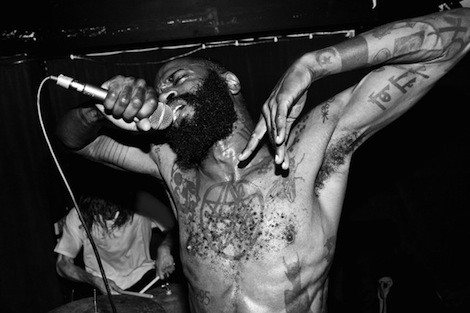 Death Grips lives! I think we all knew their end wouldn’t last forever, or even actually be any kind of end. Today on Facebook, the band announced a new leg of tour dates in June, and said there are “more dates to be announced, including: Sacramento, Los Angeles, and various international locations.” The band also just released their new album, The Powers That B. I’d say this keeps getting weirder, but no, this seems about right.

Read our 2014 feature on the legacy of Death Grips.