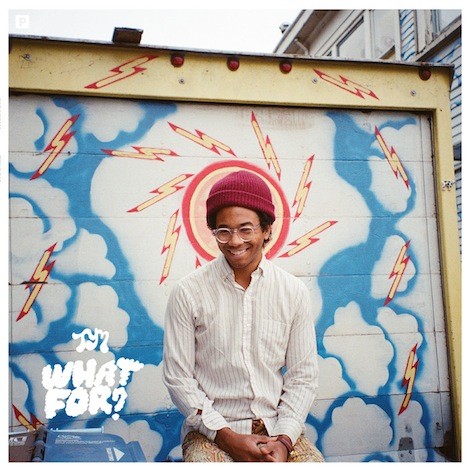 Chaz Bundick has gone full-blown indie-pop. On What For?, the beats are less ambient, the hooks are more evident and Bundick’s vocals are at center stage, more crucial to the makeup of his music than ever before. Toro y Moi can no longer be mistaken as as “chillwave,” or really anything other than simply synth pop, albeit with some dance elements. This isn’t the same old Toro y Moi, but that’s not really such a bad thing when you consider that this is Bundick’s fourth LP under the name.

This change of pace is not unprecendented for Bundick. 2013’s Anything In Return was a transitional effort, marking an obvious — if not entirely overwhelming — shift away from the more atmospheric pop found on Causers of This and Underneath the Pine. Bundick’s other work showed signs of further pop-oriented ambition as well. Between Toro y Moi projects, he worked on his dance/electronica chops under the pseudonym Les Sins; it was only a matter of time before elements of the two outlets converged.

But, unfortunately for Bundick, easing off on the ambient experimentation of his chillwave lands him in the oft-treaded waters of new wave, and the listener wouldn’t be blamed for asking what makes Toro y Moi’s take on the genre so special. There are definitely some worthwhile moments on What For?: The spunky disco of “Spell It Out” is enticing and the neurotic, bubblegum excitement of “Empty Nesters” gives Passion Pit a run for their money. But, more times than not, Bundick doesn’t quite stick the landing or arrive at the pop-rock catharsis that he is aiming for.

The lyrics on What For? don’t help Bundick’s case either. Bundick has an unfortunate knack for watering down the most exciting moments of a song, weighing down a potentially gratifying listen like the aforementioned “Spell It Out” with fumbled words like “Do you understand what must be done?/ Don’t make it into something that it’s not/ Do I need to spell it out? We need to get together.” Bundick’s writing isn’t bad, exactly, but much of What For?’s verses would hit harder if we were given more of a chance to hone in on the instrumentals.

What For? shows Bundick stumbling through a rough patch, but its most stunning moments show strong potential and growth as Toro y Moi works its way to a more accessible sound. The former chillwaver doesn’t quite find his sweet spot on this LP, but it’s not enough of a misstep to discount the project entirely.