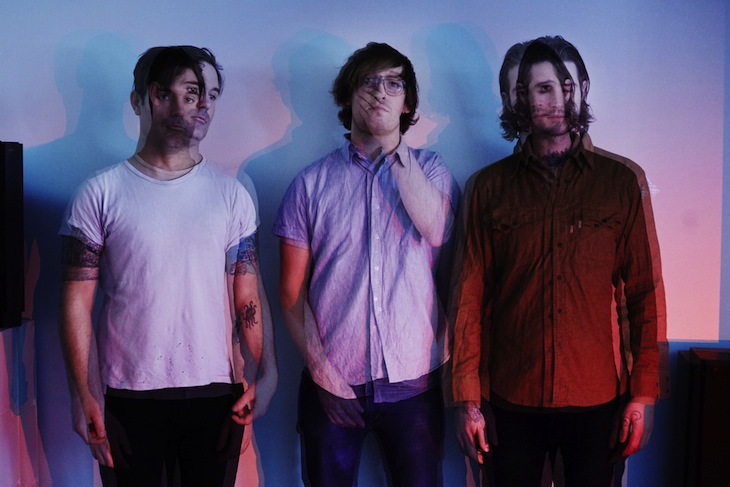 “You just kind of go with that certain feeling you can’t put your finger on.”

Alex Edkins doesn’t follow a blueprint. The guitarist and vocalist of Toronto noise-rock trio Metz discusses his band in terms of instinct and gut feelings. He doesn’t go to great lengths to explain how their songs come together, or what inspired the darker mood of the band’s new album II. And it’s not that he doesn’t chalk up the more intense presence of II, which is out this week via Sub Pop, to his mindset at the time or a certain chemistry with his bandmates, bassist Chris Slorach and drummer Hayden Menzies. But when the three musicians enter the studio, Edkins says, dark and heavy music is just what happens to come out of them.

That doesn’t mean their menacing, highly caffeinated muse always shows up on time, however. Following the release of their 2012 debut album, the trio played more than 250 shows over the course of two years — a staggering amount, even for a well-oiled machine such as Metz. And the physical and mental toll of spending nearly half of their days on the road initially caused a bit of an obstacle toward the band’s creativity.

“We were all genuinely excited to get back in and make new music, because we had been playing the same music over and over, so we’re like ‘oh man, I cannot wait’,” Edkins says in a phone call from his home in Toronto. “And I think we can all agree that we probably jumped in too soon. I don’t think we gave ourselves enough of a break after touring. We went right into the jam space. And we all ended up just kind of sitting there staring at each other.

“It was a little bit frustrating, but you gotta realize when it’s too soon,” he adds. “We gave ourselves a little more time and stepped away, listened to records, and just tried to do something other than just being in a band. I think it helped clear our heads a bit.”

Giving themselves some space proved an effective strategy for Metz’s creativity, but they didn’t bring any of that space with them onto II. Running a lean 29 minutes, the album packs on what feels like double the intensity of its predecessor, without extending the running time. It’s compact and crushing, built on throbbing slices of post-hardcore like “Acetate,” and claustrophobic noise rock anthems like “Spit You Out,” which carries traces of psychedelia and cyanide. And somehow, against the odds, it’s still pretty catchy.

What might not be quite so immediate upon first, or even second listen is the added layers of instrumentation that Metz bring to the arrangements on II. They experiment with tape loops, like their forebears in Mission of Burma, as well as found sounds, which essentially comprise all 30 seconds of “Zzyzzyx.” There’s some baritone guitar, and if you listen much more carefully (much more carefully), piano and synthesizer. Metz isn’t immune to the lure of creating a studio symphony, but there’s something more satisfying to them about making a scrappy punk record littered with Easter eggs.

“I think knowing when to step on the brakes is the difference between like a successful record or not,” Edkins says. “We wanted the overall feel to be more or less what you get when you see us at a show. But in terms of putting your headphones on and wanting to listen to it more than once, you want there to be different layers and certain dynamics that you pick up on, on numerous listens. We’re all just big music fans, and there’s nothing cooler than picking up on these little tidbits as the record moves on, and you listen more than once.”

On record, Metz has an uncompromising presence, but on stage is where they leave the greatest impact. They’re a fierce and tightly honed unit, working in unison to deliver a powerful sound that hits hard, and with surprising efficiency. There’s no such thing as a two-hour Metz show, and an onstage jam session is more or less out of the question. They get in, they make a truly glorious ruckus, and they get the hell out.

And though Edkins admits that he doesn’t think too hard about the importance of the band’s live show, he acknowledges just how crucial it is. Without directly emulating them, Metz is making music much in the same way their punk rock heroes did. “My whole life … has been going to these underground punk shows,” Edkins says, and Metz is putting that education to use, delivering one blistering performance at a time. 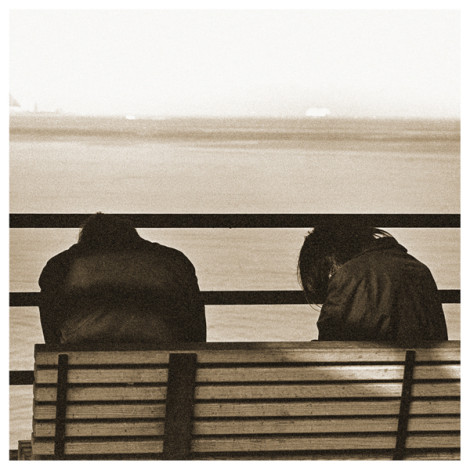 “I feel that every band should be” a live band, Edkins says. “That’s what it’s about. Don’t get me wrong, I think making records is an art form, and we love it. I have so much respect for people that are studio wizards. But nowadays I think it’s a little bit easy to get swept up in making a record that you can’t replicate, unless you bring your laptop onstage. For us it’s about using our limitations as a kind of positive thing. We want to make the best record we can, but we also have three main ingredients, and if it doesn’t sound good, we need to rethink the song in general.”

As a live band or as a team of musicians working in the studio, the one thing that continues to drive Metz is independence. II, just like its predecessor, is a self-produced effort. Every important decision is made by the band, and every piece of music comes with the guarantee that it was created by these three dudes, and an engineer. Just as Metz continues to evolve as musicians, so might their method of operations as their career progresses. Yet no matter where they’ll end up, it’s unlikely that Metz will ever shed that D.I.Y. spirit.

“I think for us, it’s a matter of being able to say that you own it at the end of the day,” Edkins says. “We certainly like the idea of having other people in there and getting their input. And I think one day we’ll do that, but we just want to be able to say that everything good or bad about the record is us.

“This is our band, for better or for worse. I think that takes some courage, but it’s also the only way we know how to do it.”