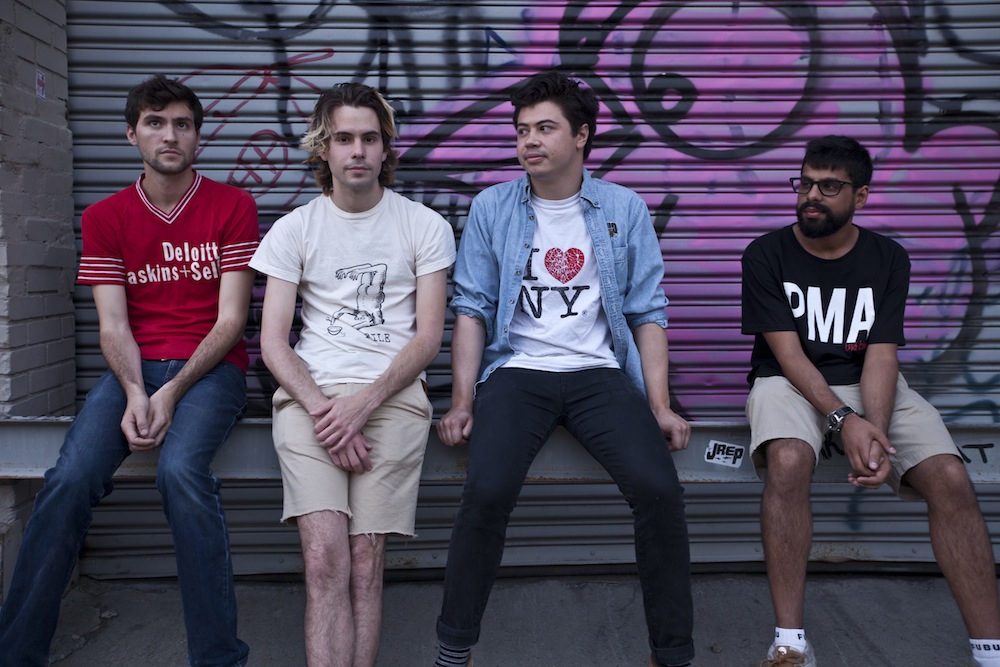 Big Ups don’t fuck around. They’re a four-man force of energy and bile, their raucous post-hardcore songs hitting the listener like a baseball bat to the chest. It’s intense stuff, to be sure, though on their debut album Eighteen Hours of Static, there are just as many hooks and melodies to counterbalance the uproarious fury.

But before Big Ups arrived upon the powerful sound for which they’re now known, they did, more or less, fuck around. When singer Joe Galarraga, guitarist Amar Lal, bassist Carlos Salguero and drummer Brendan Finn formed the band after graduating from college and a brief stint playing as backing musicians in an instrumental surf-rock band, Big Ups was more of a pop-punk group with goofball lyrics — not the angst-ridden, extra-heavy style of punk they play now.

In a sense, Eighteen Hours of Static reads like a diary of existential crises. The most memorable chorus of the record finds Galarraga screaming, “What happens when it all goes black?!” And “Disposer” is essentially a laundry list of disposable items, bringing to light how many unnecessary things we manage to surround ourselves with. Galarraga puts a positive spin on these fits of angst, suggesting that they’re “hopeful” in their search for answers. However, it did take the band a while to form the basis of their more violently thoughtful screeds, as Galarraga explains in depth.

Treble: How did you arrive upon a more aggressive sound?

Joe Galarraga:  I think it kind of just, sort of, happened. I think it was partially the more collaborative songwriting. When we started I was writing all of it, and I was kind of coming at it from one specific angle. And then we started just messing around in the practice space and some stuff just kind of came from that. And honestly, like — our older stuff – I don’t really listen to music that sounds like that. It’s just sort of what happened when we all came in the room, and I wrote the parts, but everyone was playing the parts in their own way, was informed by what they were listening to. So it ended up being way poppier than I intended it to be. That’s just how it came out and it was a lot of fun.

But most of the stuff that I listen to is on the heavier side, and Amar as well. Amar and I, our tastes overlap quite a bit. I think that had a big deal to do with it. And it wasn’t like a conscious decision, really, wher we were like, we’re gonna change our sound. It was just like, oh, one song sounds like this, and from there, let’s write another song, and then slowly [it takes shape]. Every once in a while we’ll play some of the old songs live … and it’s not like we don’t like it. I mean, there are some songs I don’t like and I never want to play again, but it just sort of happens that way. It just sort of grew out of what we were already doing.

Treble: Some of the bands that are mentioned a lot in write-ups on Big Ups are The Descendents, Moss Icon and Fugazi. Are these bands that you grew up listening to?

JG: Well, The Descendents definitely. That was something I listen to a lot in middle school. I  love The Descendents, but… I don’t want to be a Descendents cover band and have all the songs kind of sound like that. So I think we take little bits and pieces from that.

Moss Icon, that’s a great band and they’re from my home state. I got into them much later. They recently did a reunion. I think that they played the UN fest – [DIY booker] Unregistered Nurse — in Baltimore. They played their festival last year. I discovered them when I kind of got obsessed with all these bands from Baltimore. They always came up as, ‘this is an important band from Maryland.’ And I kind of got on this big kick of trying to figure out all the bands from Maryland. So there’s a little bit of homestate pride.

And then, Fugazi, definitely. That’s a band that I got really into in high school. It’s hard to be a Fugazi this day and age, when everything’s so connected. But sonically, like “Wool,” the fifth or sixths song from the record, we were trying to get these really tight, like “Give Me the Cure” kind of drums. So that was really a direct influence, like, “the drums have to sound like this.” I don’t know if we really hit the mark, but that was where we wanted to go. 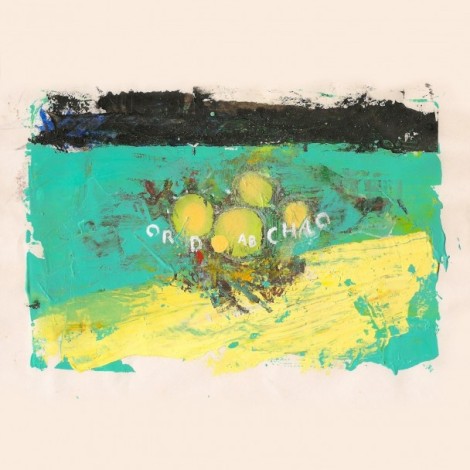 Treble: How did Eighteen Hours of Static come together?

JG: It definitely was pieced together. We weren’t even really planning on making a full length record until Derek, who runs Dead Labour Records, kinda came to me and he was like, ‘Do you guys have any plans to put out a record?’ And I said, ‘not really’. And he says, ‘Well, if you ever do, I’ll put it out’. So, I was like, well, I want to put out a record now.

A lot of the songs, “Goes Black” and “Atheist Self Help,” those are songs we’ve been playing since 2011. Those are kinda old songs for us, but we hadn’t had them on a release. We hadn’t recorded them. So we had five or six songs done. And then we’re like, if we want to make a full length, we have to fill out the rest of it. I think there ended up being a cohesive theme to the whole thing, but I don’t know if that’s by design or just the kinds of things I like to focus on when I write songs, like lyrical content. I think that there’s a lot of different sounds on the record. If you listen to two songs back to back and they’re not in a sequence, you might wonder if it’s the same band. So it was definitely a hodgepodge kind of thing.

Treble: There are a lot of grievances being aired on this record — seems like you’re getting a lot off your chest…

JG: I do think [music] is a way for me to get things off my chest. Going back to talking about the old stuff, it was all vapid stupid songs about like Calvin and Hobbes. And it was really fun, but … back then, I didn’t want to make anything that was saying anything. That was the point. I want to have a fun band and we play live. But kind of just like, how, the sounds change, I can’t write these stupid songs anymore. It didn’t – it was boring. I got bored with it. I think that … I wanted to make something that was a little more meaningful. I think especially the live show is a very energetic – all of us putting a lot of energy and effort and making it kind of a spectacle. And that’s intentional as well. But I wanted it to be more than just a joke. I don’t want to be a joke band anymore. That was fun, but it just didn’t seem like a worthwhile pursuit. Playing music is great and it’s so so fun, but after a while, I want to take this seriously and I want to talk about serious things. There kind of was a cognitive realization.

Treble: Is performing a cathartic experience for you?

JG: It’s interesting. I think other people might say differently. I think that, for instance, for Amar it’s a very cathartic thing. But when I personally am peforming on stage, it’s like, I want to make it a spectacle. But it’s not necessarily like I have to play a show. It’s not my only outlet. We write songs and that’s an outlet. And like, having a record is an outlet for a lot of things that I talk about. A record lasts forever and a show lasts for half an hour. But for me, I want people to come to a show and see it and think, this is not just another band that’s gonna play the songs and just stand up on the stage. It’s going to be an experience. It’s going to be something that I think about. That’s what really inspired me going to shows, seeing different bands playing and then you see a band that’s like, “Wow, that was really wild and made a big impression on me.”

Otherwise, it’s kind of like… self indulgent, like “Come to the show and pay me your money and watch me on the stage.” I want it to be something that people enjoy. It’s something that can make them question things about what they know, I guess.

Treble: As far as music goes, what’s most important to you?

JG: To me, in terms of what I’m writing, the idea is like, I talk about a lot of depressing things and ways of coping with them. And I think a lot of the record is just posing questions. And certain songs specifically saying “I don’t know how to deal with certain things that are happening to me.” So it’s kind of a meditation, but there’s something hopeful about it. Like things can get better in the world, or for me personally, being able to figure out problems or tendencies of mine. But it is personal in the sense that it’s asking questions that hopefully people can look at the questions and maybe… spark some kind of thinking about it by themselves or just inspire people to not think that it’s all doom and gloom. Sure, it’s a scary world and there’s a lot of things we have to put up with, et cetera. But the only way to make progress is to think about it. The meditation is almost as important as the action that follows. Because if you haven’t thought about it enough, then are you going to be effective in solving it?