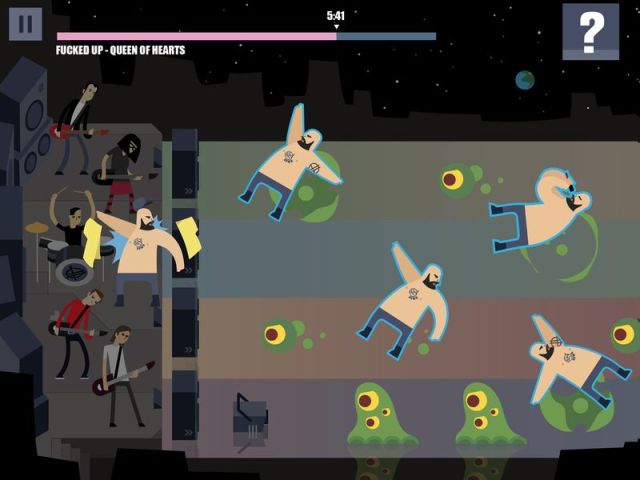 More and more, bands have been showing up in video games, whether it’s Torche’s apocalyptic robot-smashing video game or Mac DeMarco’s bug-squishing game. And this fall, a whole all-star cast of Toronto rock groups are going to make appearances in a new game called Loud on Planet X. Pop Sandbox launched a Kickstarter (which has 30 more days to go) to raise $50,000 Canadian to develop an arcade-style video game featuring an impressive list of Canadian indie acts, including Fucked Up, Tegan and Sara, Metric, Metz, Austra, Cadence Weapon, Lights and July Talk.

The game is described as “an exciting new indie alternative to Rock Band or Guitar Hero” and a “hybrid of rhythm game and classic shooter.” So, based on that description and the screenshot design above, you get to blast aliens while Damian Abraham screams — count us in! The game is being developed for the Playstation Network, Steam and mobile platforms such as iOS and Android. Pop Sandbox says in its Kickstarter campaign that it’s also exploring the possibility of expanding the game to the Xbox and Wii-U platforms.

Read our interview with Metz, who are slated to appear in Loud on Planet X.

Tags
Fucked Up Tegan and Sara