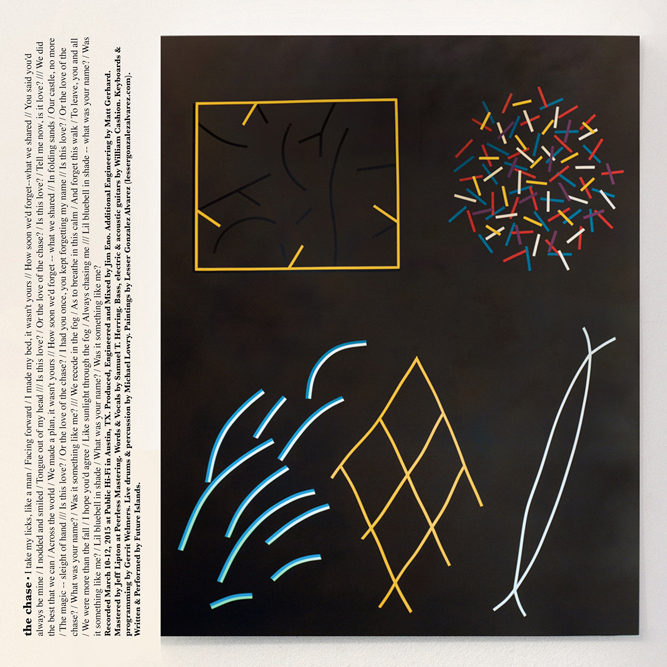 It’s easy to get behind a pop music landscape where Future Islands are finally getting the attention they deserve. The core trio of Gerrit Welmers, William Cashion and Samuel Herring have been pumping their hearts and souls into the project for the better part of a decade, and put out three outstanding (albeit lo-fi) albums of sophisticated synth-pop before Singles thrust them into a national spotlight. It’s no secret that the group’s energetic performance of upbeat single “Seasons (Waiting On You)” on The Late Show with David Letterman went a long way towards making that transition happen. And as amazing as that moment was for Future Islands, it would be easy for naysayers to turn that beat around and claim that the appeal of retro-leaning pop and a rather enthusiastic front man could only carry a band so far.

Future Islands’ second trip to The Late Show seemed specifically designed to thwart such speculation. “The Chase,” which the band performed last week before releasing the track as a single, boasts the sheen of Singles but lands in an ethereal space more comparable to “Walking Through That Door,” or any number of more low key classics from the band’s earlier catalog. It never lands on a soaring hook and, while Herring always puts nuclear levels of energy into his performances, it doesn’t quite reach the right tempo to support the spaz-dancing meme frenzy that took Herring and Futures Islands from underground heroes to internet sensation over night. Instead, “The Chase” is the band’s first national display of the understated, slow-brewing beauty that long-time fans have already learned to love from the band.

The song’s release cycle also represents a part of the band that newcomers might not be so familiar with — their resourcefulness and ars gratis artis desire to create. In addition to their steady output of LPs, Future Islands have a strong track record of stand-out EPs and one-off singles, embracing an attitude that every song should stand well on it’s own. They take this to a new level with “The Chase,” which they’ve recorded at least twice — once with Spoon’s Jim Eno and yet again at the historic Abbey Road studios. Both choices show off different sides of the band’s connection to rock history; their combination of finesse, creativity and dedication to their craft. After all, Future Islands are one of the hardest working bands in show business. On “The Chase,” that effort pays off yet again.