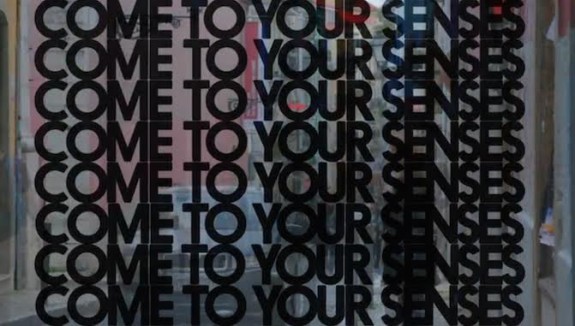 Panda Bear released Panda Bear Meets the Grim Reaper earlier this year, which was one of the first great albums of 2015. And he already released the trippy, animated video for highlight “Boys Latin.” Today, Gorilla vs Bear has premiered a new clip from the album, for “Come to Your Senses.” The new video was directed by Sam Fleischner, and is a single-camera shot of happenings in a neighborhood in Lisbon, Portugal. Noah Lennox, at Gorilla vs Bear, said this about the video:

Rua da Rosa is the narrow but main street cut through the Bairro Alto neighborhood here in Lisbon. Visitors mainly stock the area during the day but its perhaps the principle target for partying Lisbon teenagers Thursday through Sunday nights. The constant shifts make it a particularly fascinating neighbourhood to me. Its noisy except for Sunday mornings. Id had an idea for a while to shoot the street for a bit to catch the traffic. When my friend Sam was here shooting a short thing we made for the recent album he was game to give the idea a go.