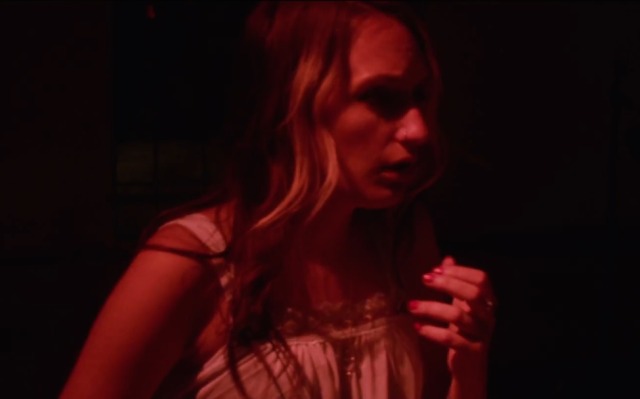 Speedy Ortiz have just debuted a new video for standout new single “Raising the Skate,” from their excellent new album Foil Deer, via Wired. The clip is inspired by campy horror films, as well as iconic genre classics like surreal Japanese animated film Hausu and Dario Argento’s Suspiria. There’s a lot of spooky mischief: occult imagery, killer spaghetti, demonic possession, sinister eyeballs, maggots on the ceiling—and an adorable kitty! It’s basically as much fun as you can have while all of your bandmates die truly absurd deaths. The clip was directed by Casey Hertz.

Singer/guitarist Sadie Dupuis said about the video in a press release, “We agreed that a ‘final girl’ horror trope fit well with the song’s lyrics about a woman asserting herself to cast off the haters and naysayers. I guess the idea of this video is that sometimes your problems seem like a gargantuan homicidal cat monster, but maybe your problems are really more like a regular cuddly LOLcat.”

Watch the Speedy Ortiz “Raising the Skate” video below.