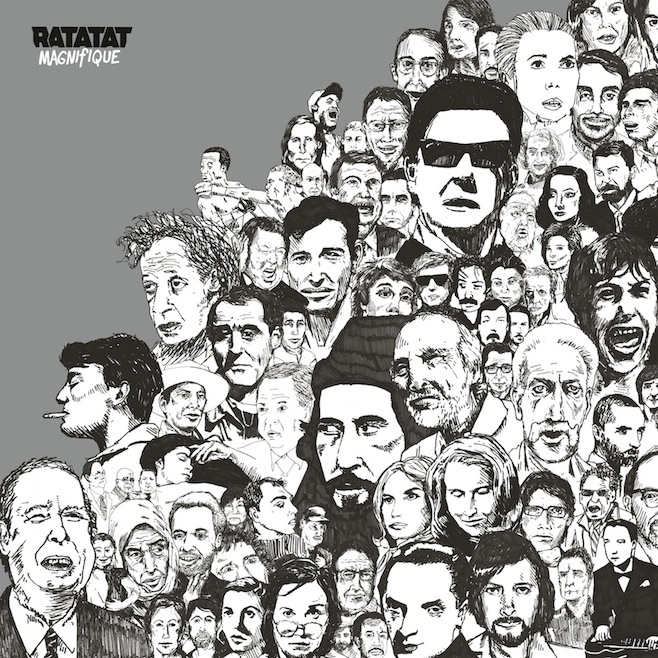 Evan Mast and Mike Stroud, better known as groove-heavy electronic duo Ratatat, are releasing a new album. On July 17, the group will release Magnifique, their follow-up to 2010’s LP4, via XL Recordings. The album features the track “Cream on Chrome,” which was released as a single last month, and can be heard below.

Ratatat has been recording the album over the last four years in a variety of locations, including Jamaica, Long Island and Brooklyn. The artwork, as seen above, features sketches that Mast and Stroud made while working on the album, and some of them appear to be of other notable musicians (Roy Orbison is the most prominent one, but it looks like Nusrat Fateh Ali Khan is in there too, and maybe Serge Gainsbourg?) Check out the tracklist below.