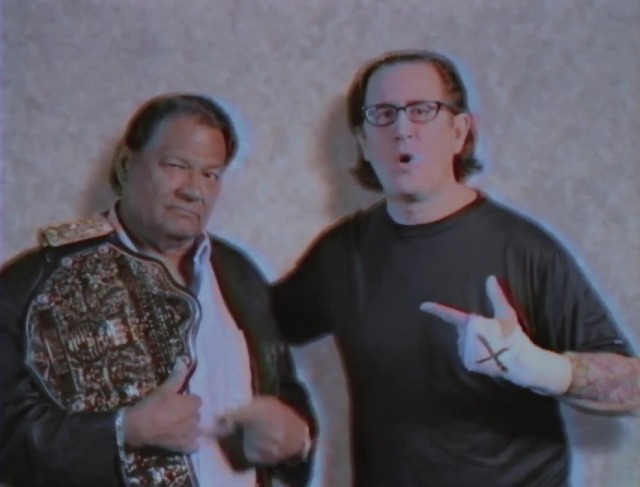 Last month, Mountain Goats released their new album Beat the Champ, which found singer/songwriter John Darnielle spinning yarns about professional wrestling. And now they have a new video that matches that very theme, for standout track “The Legend of Chavo Guerrero.” The clip is directed by Scott Jacobson, and looks like a VHS recording of an old wrestling broadcast from the ’80s (Darnielle even got his hair cut into a mullet, sort of, for the video). Legendary wrestler Chavo Guerrero, himself, is in the video, as are Joey Ryan and Ray Rosas, and comic Rob Corddry. It’s pretty awesome.

Darnielle says of the video in a statement: “I consider myself pretty decent with words, but I don’t think I can find the right ones to say what a profound experience it was to hear Chavo say “any time, brother” over the phone from his home in Arizona, and to meet up with him in L.A. and get stories from him about his dad Gory and about the old days at the Olympic, and to finally shoot this video, in which he rescues me from a certain beatdown even though my character’s playing the heel.”

Watch the Mountain Goats “The Legend of Chavo Guerrero” video below.