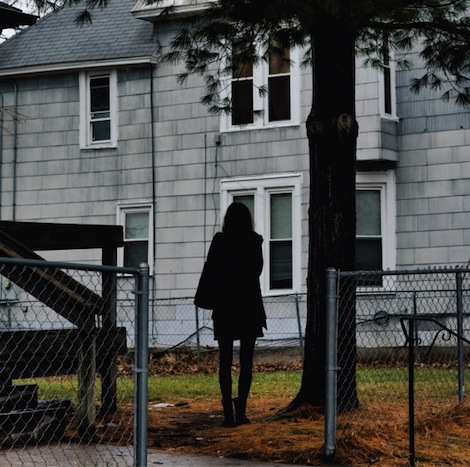 It has been quite a few years since Kristian Matsson burst on to the scene under the name The Tallest Man On Earth and claimed rights to the newest in a long line of “New Dylan” hype, largely due to his seemingly endless pool of lyrics, ranging from personal to political, and doing it evenly, and with the same romanticism and poetic flair. Mattson’s talents have won him critical acclaim over the span of his first three releases, which puts him in an interesting position to most of the musical public. Generally, artists don’t start their careers with a run of albums like Matsson has given us. And so, many of us are listening closely, waiting for the other shoe to drop.

The good news is that the wait will have to be pushed forward, as Dark Bird is Home is potentially Matsson’s finest work since his 2008 debut effort. Sonically, it is a bold leap from the quiet and gentle folk that first introduced him to the world. It is almost anthemic in its approach, with most songs beginning with a gentle strum and soft vocals before building an entire wall of horns, pianos, harmonies, and in some cases, what sounds like people just putting hands on anything they can find. The second track, “Darkness Of The Dream” is perhaps the best use of a full string section laid over acoustic bones. It is lush, somehow loud and also quite soft. A welcome into a church that we’ve never seen before, but still feels like home.

On “Singers,” Mattson reminds us that, well, he’s still a very good guitar player, raining down a storm of finger-plucked melodies, backed by a relentless bassoon. On the title track, his vocals are sharp and hypnotic, never wavering. Which brings us to the next true joy of this album: Mattson’s vocals have almost always been a highlight. But when pressed so close up against some of the more risky and orchestral arrangements that were chosen for this album, it is a perfect shell for all of the noise. It is never flat, though charmingly trembles when it needs to, and belts out like a gospel singer when it calls for it. In “Sagres,” he almost channels a softer Elvis Costello, with a powerful whisper anchoring an infectious chorus.

It could very easily go unnoticed that the album, at least in theme, is quite dark. Perhaps his most personal effort, its lyrics play with silence, emptiness, and depression. On such a musically grandiose effort, it feels a bit wrong to nitpick at the lyrics. But if there is a failing on this mighty effort, it is Mattson’s desire to be almost stubbornly obtuse with his writing. There are times, like on the song “Seventeen,” where you listen, hoping for a clear window, and you instead get a jumbled string of words that leave you wondering if Mattson even knew where he was going while writing them. Where the music brings you in to a warm and comfortable place, there are spots on the album where the lyrics are holding you at arm’s length. The door to the party is wide open, and you can’t wait to join, but the front door just won’t budge.

Still, it is a small gripe. Mattson has managed to grow as an artist in leaps and bounds, right in front of us. And he has managed to do it without stumbling over his own ability, or looking in his rearview mirror. And that makes this album, perhaps more than any other effort of his, entirely worth celebrating.