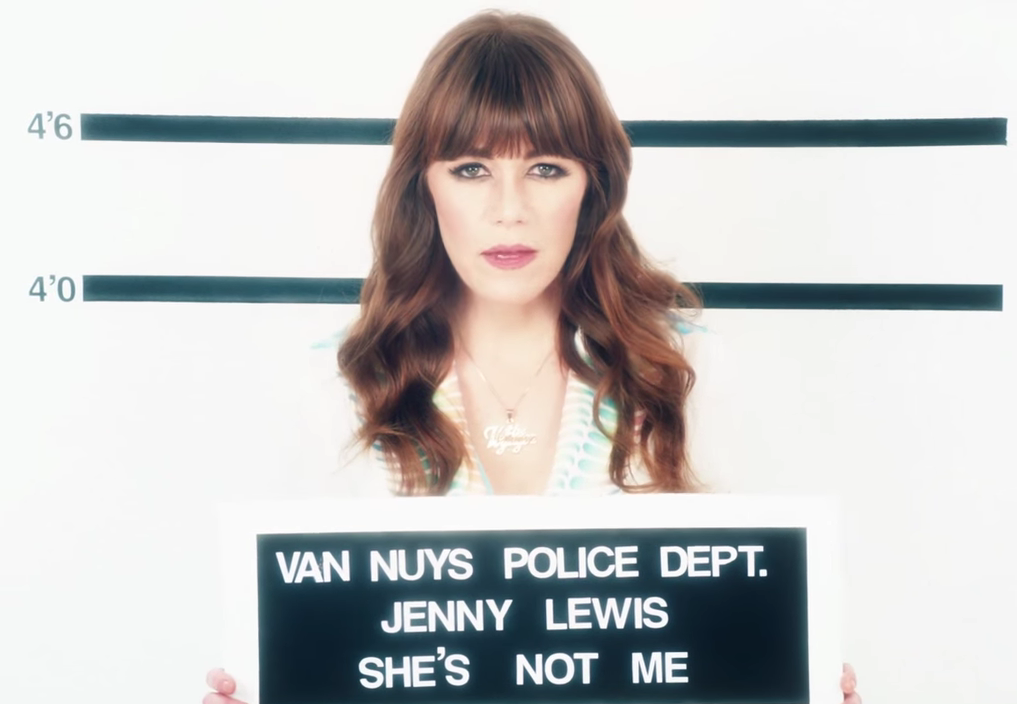 Jenny Lewis has released another video from her excellent 2014 album The Voyager, for the standout track “She’s Not Me.” The clip revisits Lewis’ life as a child actor, beginning with a tabloid-TV show depicting Lewis getting arrested. From there, an all-star cast shows up—including Fred Armisen, Vanessa Bayer and Zosia Mamet—to recreate scenes from throughout Lewis’ cinematic career. There’s scenes from The Golden Girls (called “The Gilded Girls” here), Troop Beverly Hills, Pleasantville (featuring Leslie Feist as a priest) and even a recreation of the poster from The Wizard. The best part about that is, afterward, Armisen noodles the guitar solo on a Nintendo Power Glove. Genius.

Watch the Jenny Lewis “She’s Not Me” video below.