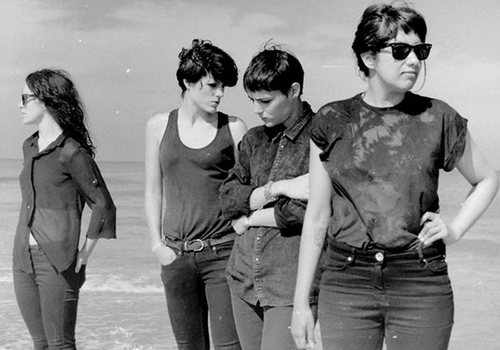 UK post-punk group Savages are currently at work on their follow up to 2013’s Silence Yourself. In a recent interview in Spin, the band revealed that they’re working on something even louder and more intense then their debut album. “It’s like a beast, this record,” said vocalist Jehnny Beth in the Spin article. And a series of shows in New York City in January bore that out, as the group debuted around a half-dozen new tracks that balanced their signature darkness and precision with a more sinister and furious quality. Suffice it to say, this one most definitely will be a beast.

Update: Savages have announced that they’re mixing the record in Copenhagen with electronic producer Trentemøller. Didn’t see that one coming.

Before that album is released, the band is hitting up the west coast for a series of dates surrounding their upcoming appearance at FYF Fest. Check out the band’s tour dates below.

Savages’ Silence Yourself is on our list of the Top 100 Albums of the Decade So Far.