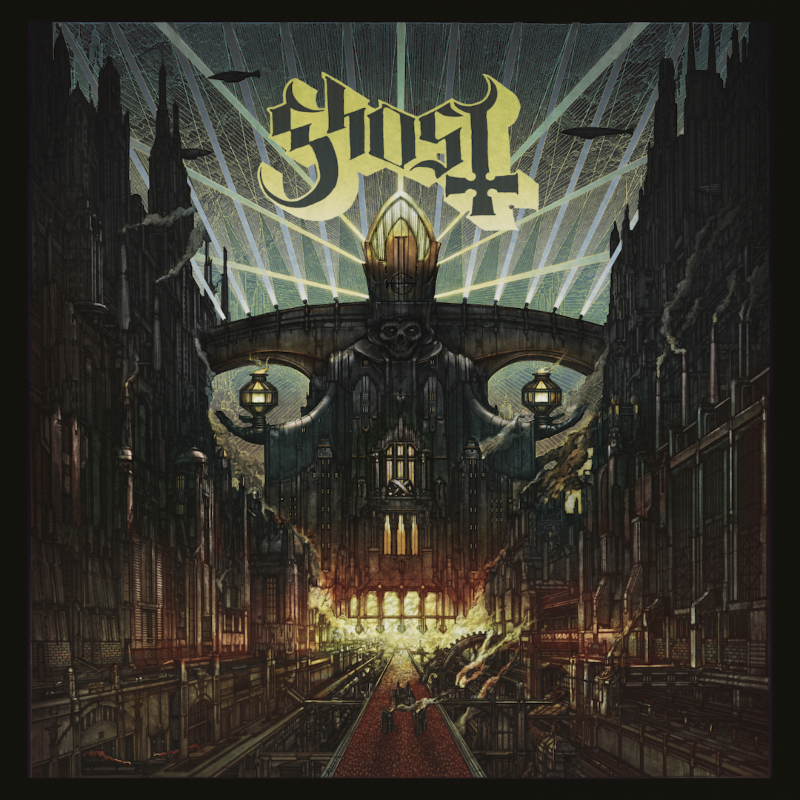 Swedish metal band Ghost (who for a time went by Ghost B.C.) is preparing to release their third album. On Aug. 21, the band will release Meliora, via Loma Vista. The album was initially announced last month with the reveal of Papa Emeritus III on VH1 Classic. And today, we have the full details for the record. The album was produced by Nick Raskulinecz (Foo Fighters, Queens of the Stone Age, Alice in Chains) in Nashville, Tenn. That’s the album artwork above. And the band has also revealed the video for new single “Cirice,” directed by Roboshobo. You can watch that one below, as well as check out the album’s tracklist.