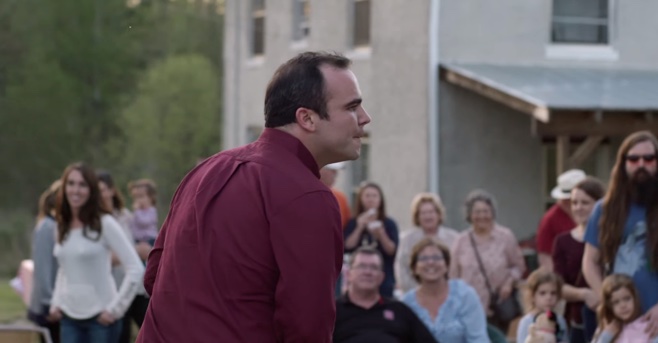 Baltimore synth-pop group Future Islands are continuing to release new videos from their excellent 2014 album Singles, and the latest is a Father’s Day special. “A Song for Our Grandfathers” is one of the album’s highlights, and the video is sufficiently heart-warming. Directed by Jay Buim, the video was shot in North Carolina at a family reunion. They have a picnic, play some soccer, drink cold beer from kegs, and then perform for their families. It looks like the kind of party we’d want to go to. Also, to coincide with the release of the video, the band has set up a site where you can send the video with a special message to your father or someone important to you.

Future Islands’ Singles is one of our Top 100 albums of the decade so far.