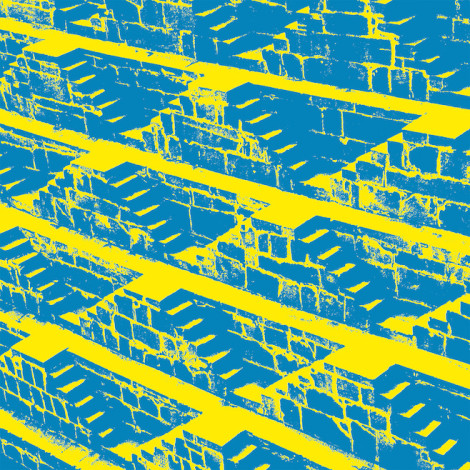 Diplo did it for a while. So did David Guetta and Calvin Harris. Now it seems like Kieran Hebden is, deservedly, having a techno moment. The British electronica artist best known as Four Tet has been in the right places at the right times for the last few years, probably beginning somewhere between his 2008 Steve Reid collaboration NYC and his 2010 release There is Love in You. These solidified his parallel reputations for sturdy outsider house with impossibly organic found sound and glitch suggestions, and for a savvy studio ear. He’s become a marquee DJ for radio sets and festivals, generated popular remixes for artists like Hot Chip and The xx, and produced two critically acclaimed 2014 albums by Omar Souleyman and Neneh Cherry.

What hasn’t really been on his schedule is the kind of “victory lap” release haunting other hot-at-the-moment artists who rest on a laurel or record new work that could easily be swapped out for older work. Morning/Evening, Hebden’s eighth solo studio album, merely tiptoes on the ledge and peers into that critical abyss. On its face it’s an almost reductively simple release: two 20-minute-long tracks, their names indicating that they can occupy each side of a slab of vinyl and telegraphing their feel. “Morning Side” is bright and invigorating, “Evening Side” a little darker, edgier. Yet Hebden is ultimately held back from a fall by a harness of musical reference, using the past to actually edge his appeal forward.

Throughout Morning/Evening there are suggestions of the earliest breakthroughs and best moments of The Orb. “Morning Side” finds Hebden recalling and putting his own spin on major touchpoints from the ambient dub of Alex Paterson, Thomas Fehlmann, and company. He fixes an earnest melodic passage from a southeast Asian female vocalist (Indian? Arabic?) atop a shifting bed of soft drum pads, tabla, skittish keyboards, and whooshing sci-fi space winds. Flip over to “Evening Side,” and we find Four Tet composing a busted bell-tone symphony that avoids percussion until a dramatic transition point about 13 minutes in. Hints of “Blue Room,” “Earth,” “Asylum” and more abound across these 40 minutes, and one could find far worse sources of inspiration.

From its structure to its surprising sense of outside influence, Morning/Evening is an atypical Four Tet album. It may ultimately be viewed as a niche or stopgap release in his catalog. That doesn’t make it of any lesser quality, and it doesn’t make us question what Kieran Hebden’s next move is—just wonder a little deeper.

Four Tet – There Is Love In You