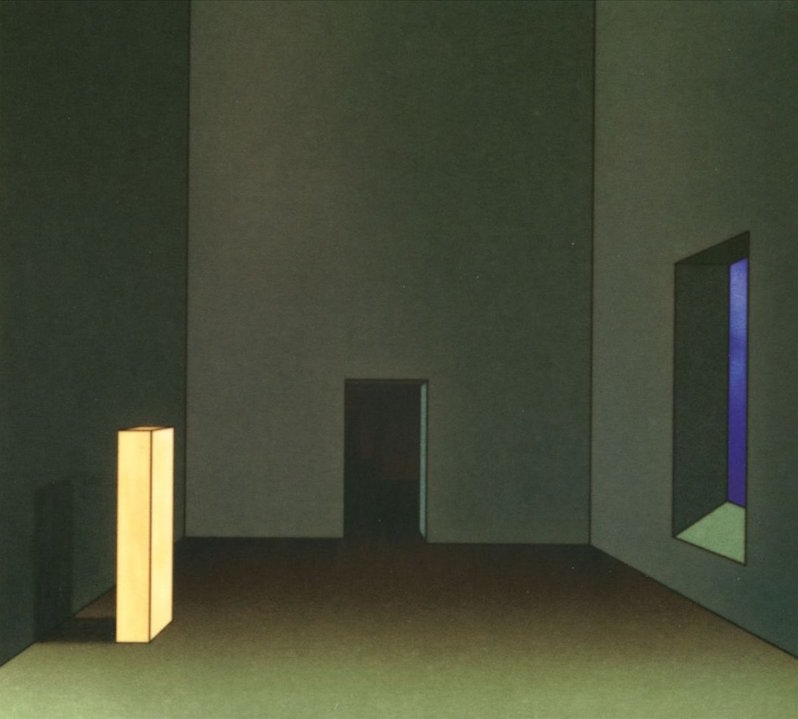 Daniel Lopatin: That man right there is just stupid busy. In addition to helping out his brother-in-digital-arms Joel Ford with running the Software label out of Brooklyn and with making music as Ford & Lopatin, he’s released a string of highly coveted albums of his own under the Oneohtrix Point Never moniker. These have covered blissfully convoluted electronic themes both musical (e.g., microsamples assembled from TV commercials) and storytelling (e.g., an album centered around a Russian cosmonaut). With the leap to Warp Records on R Plus Seven, Oneohtrix Point Never delivers a purposefully messy, ultimately intriguing one.

This album was inspired by French postmodern writer Georges Perec, in particular his most successful work Life: A User’s Manual, a novel tying together dozens of lives by location, specific moment in time, and connecting “hub” character: a newly-dead artist. Constructing many pieces to form a whole is at the heart of the artist’s last project, Perec’s writing, and ultimately Lopatin’s songcraft on R Plus Seven. Most of the album’s 10 tracks contain multiple bits of very good experimental electro ideas, but it’s a little like listening to Genesis or Yes playing through some of their epic phantasmagoria bound by just a few musical threads like, say, specific chord progressions.

There are snippets of the sacred woven into OPN’s loops; Lopatin constructs many an electric church. Static fog and rain often give way to choir-like sound, cut from the same cloth of frequency, as in “Chrome Country.” Elsewhere, “Cryo” is his version of Sunday morning jazz. Voices are subtly pitchshifted, glitched, and cut up throughout; sometimes they counterbalance melodies, sometimes they become them. On “Inside World” they start off like wind chimes but eventually compete with nearby string and harmonica sounds. The results—and the challenges—also include songs with multiple moods and shifting volume levels.

An upbeat midsection threatens to defeat the purpose of the cut-and-paste hypnotism in the rest of “Still Life.” The climactic portion of “Americans” is its best one, begging to be fleshed out for a few minutes, but it ends the song with a cold stop mid-measure after mere seconds. Significant portions of “Boring Angel” and “Zebra” use crystalline synths and samples arpeggiated to suggest harmoniously chattering teeth, a sound capable of a full musical journey but here only meant to go part of the way. There are times where following along with the album feels like listening to someone try to compose music by turning knobs on an old car radio.

The secret is that Lopatin may have used Perec’s methods of constrained writing in his composition here. In the same manner as Perec made matrices and lists to organize his novel, over time the messes on R Plus Seven seem planned, and the purposeful upending of feeling would sound just brutal in the hands of a lesser talent. “Chrome Country” suggests nothing less than one of Art of Noise’s many deep “Moments in Love” remixes, or maybe parts of seven of them stitched together like Frankenstein’s monster. And at the album’s heart is “Along,” oddly enough not just the most cohesive song here but also the most beautiful. So convention be damned and challenging creative rules be praised, the songs on R Plus Seven work more often than they don’t—certainly, they work more than they should.