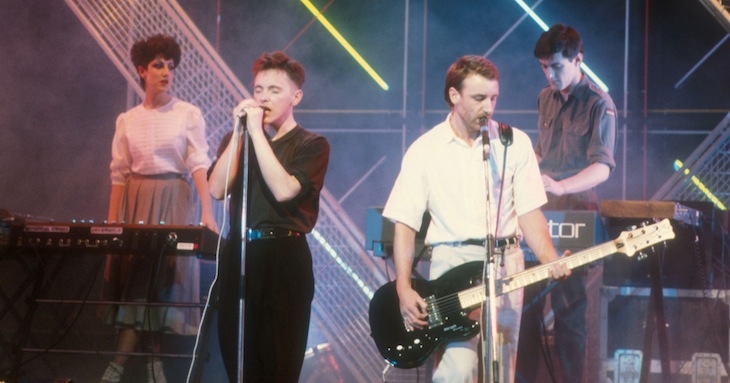 Part Two: It’s nothing I regret 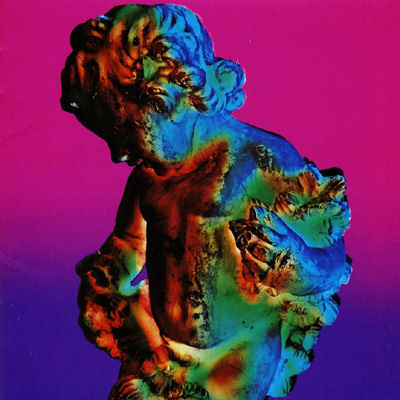 And we achieve peak Hacienda. Though the Manchester nightclub, co-owned by New Order and Factory Records (catalog number FAC 51), was opened in 1982 and played host to a long list of famous artists, ranging from The Smiths to Madonna, it was in the rise of late-’80s acid house that the Hacienda’s reputation as a dance-music utopia truly came into being. That was kind of a myth, actually: Drug overdoses, financial struggles, assaults and even a few shootings inside and outside the building plagued the club. Still, the Hacienda became the catalyst for spreading the burgeoning Balearic beat sounds in its “Ibiza” nights. And Ibiza, it turns out, became the backdrop for the band’s fifth album, Technique. The first of the recording sessions took place on the island of Ibiza, somehow happening between epic periods of partying and drug use. And that atmosphere very likely accounts for the half of the record that’s defined by its big, club-friendly beats and flashy synthesizers. Much of Technique is the sound of New Order taking their electronic synth-pop sound into the next generation, and doing a bang-up job at that.

The second half of the recordings were done in Peter Gabriel’s Real World Studios, without so much partying or tripping balls, and while I couldn’t tell you which parts of the album were recorded where, half of it sounds like dance club euphoria and the other half sounds like an extension of Brotherhood‘s post-punk jangle. And they do both rather well, though it’s the electronics-heavy numbers that provide the greater thrills and, to my surprise, sound the freshest after 26 years. “Fine Time” is pure beat candy, more about the groove than song structure so much, but it’s one of the boldest and sexiest things the band ever did. Meanwhile, “Round and Round” and “Vanishing Point” represent two of the best songs in the band’s catalog, punctuated by big, beefy stabs of synth. Yet, of the more guitar-driven songs, only “Run” truly stands out. The rest are fine—even if “All the Way” sounds a little too much like The Cure’s “Just Like Heaven”—but that’s not what makes Technique a gem in the band’s catalog. It’s all in the sequencers, effects and BPMs. 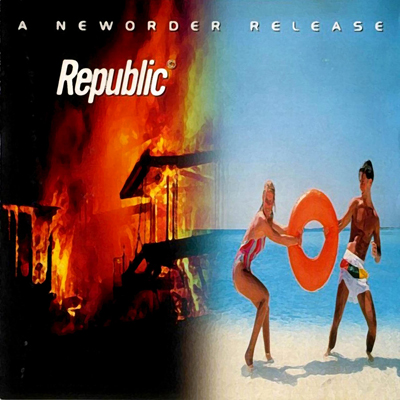 The beginning of what was almost the end (the first time) for New Order, 1993’s Republic has the notable distinction of housing one of the best songs they ever wrote: “Regret.” There’s just one of them, unfortunately. Now, let’s make no mistake, “Regret” is such a good song, it’s almost enough to make some of the lesser songs on the album more forgivable. Few of them are altogether terrible, though Bernard Sumner’s almost-rap in “Times Change” (which is, perhaps, his attempt at being Bobby Gillespie?) is ill advised, to say the least. Yet there’s an overarching haze of beige to the album, the slow-mo Madchester beats coming across like the morning after Technique‘s acid binge. Even the other singles feel sapped of their essence; “Ruined in a Day” blurs into the album cuts, which often come across as indistinguishable from one another, while the somewhat better “World” at least has a pulse, and some hooks for that matter. In its more beat-heavy moments, like “Chemical,” the album grows far more interesting, though the Balearic-beat jams on Republic rarely reach the level of Technique‘s, though in hindsight, its release was just a few years shy of being able to capitalize on the electronica craze that eventually hit American shores. The thing about Republic is that it’s not a disaster by any means—just a missed opportunity. The dated production hampers it a bit, and the melodies could have been salvaged were some different choices made. But ultimately, it has the unfortunate distinction of being the album with “Regret” and 10 other songs. 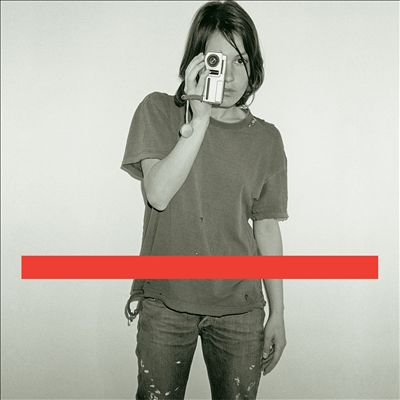 New Order certainly took their time in releasing a follow-up to 1993’s Republic; that has a lot to do with the fact that, after that album was released, they didn’t see or speak to each other for five years. The group was essentially done for most of the ’90s, but a new decade brought a new opportunity to revive and redefine what New Order was, and with Get Ready, their first album in eight years, that meant lots of guitars. Lots and lots of guitars. That’s actually a fine thing, as Sumner’s jangly guitar sound is what makes Brotherhood a highlight in the catalog. Surely it could again here, and for the most part, did. The album more or less sounds like a grungier version of Brotherhood, as it turns out, with a few modern updates and a lot more distortion. There are guests—Billy Corgan and Bobby Gillespie, who don’t necessarily add that much, but it’s fun all the same—and the tepid trip-hop of Republic is all but a distant memory, with singles like “Someone Like You” and the excellent “Crystal” (whose video clip lent The Killers their name) featuring electronics more as a means to an end than an end in themselves. There’s a looseness about Get Ready that makes it fun and accessible, but it’s also sometimes a little too loose, Sumner’s lyrics even more disposable than usual, like in “Slow Jam,” where he utters the actual words, “I like that kind of stuff/ It beats arithmetic.” Whatever beef Peter Hook has with the rest of the band now, he didn’t stop that lyric from happening. But even with some lyrical blunders and a lot of rawness keeping it from being as much of a triumphant return as it could have been, Get Ready is a highly enjoyable addition to the catalog. 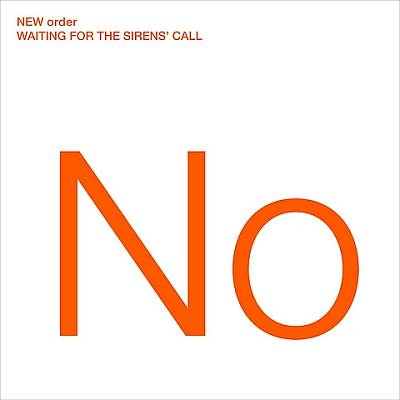 Waiting for the Sirens’ Call

When I first wrote about New Order’s Waiting for the Sirens’ Call, I found little fault with it. Mind you, I was a lot younger (and so was this website), but it’s hard not to assume that just the very existence of a new New Order album was enough for me to sing its praises. And considering how much time it’s been since I’ve listened to the band’s last album, I was a little worried that I’d conclude it’s their worst. To my surprise, it holds up a lot better than I expected it to. Released 25 years into their career, Sirens’ Call actually feels more like the album that would have been released between Republic and Get Ready, but managed to be written and released a lot later than that. Like its predecessor, it’s still pretty heavy on guitars, even getting pretty damn noisy on the Stooges-like “Working Overtime.” But there’s also more investment in club beats and electronics—more so than on Get Ready, save for standout “Someone Like You.” Yet where Republic falters because of its apparent lack of personality or risk, Waiting for the Sirens’ Call features much brighter pop production values, yet the band sticks to their signature aesthetic, most of the songs heavily driven by Hooky’s inimitable basslines. Not that there aren’t a few gimmicks here and there—Scissor Sisters’ Ana Matronic lends her vocals to “Jetstream,” and it’s surprisingly fun as a result. The best songs are the ones that seem most New Order, though, namely the title track and lead single “Krafty.” The former is a sunny pop song with lots of guitar jangle and a breezy melody, while the latter finds the band returning to a trope that served them well in their early years: Kraftwerk worship. It’s funny, really—there are actually no moments of bafflingly stupid lyrics as there are on Get Ready, but there’s also not the same anything-goes rock ‘n’ roll spirit that made that album so fun. This is simply a pretty good album from a great band. Considering how the rift between Hook and the rest of the band would open up in a major way before long, it’s amazing how comfortable they sound here.