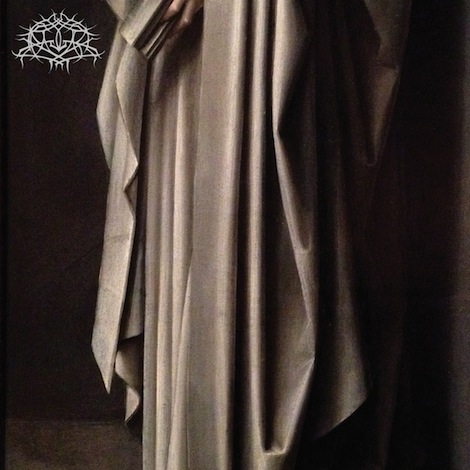 Krallice albums have a tendency to require two, three, or maybe even four listens before they fully begin to make sense. The New York black metal outfit doesn’t make straightforward, visceral rippers—they make rhythmically and architecturally complex compositions, the likes of which can make listening more of an act of trying to play catch-up. It’s not always easy to know where there songs are going, and even so, they never stay there very long. Compounding this is the fact that most of their songs tend to stretch on for 10 or more minutes at a time, emphasizing that Krallice’s brand of metal isn’t just cerebral—it requires a hell of a lot of muscle to pull off with the kind of precision and dexterity the way they play it.

Ygg Hurr, released without any prior warning via the group’s Bandcamp page (and slated for physical release later this year via Gilead), is a somewhat typical Krallice release in that it contains many of the calling cards of one: Inhuman speeds, mathematical rhythmic complexity and insanely elaborate, yet melodic arrangements. Yet what makes it atypical for a Krallice release is how concise it is. Where the average item in their discography skates over the 70-minute mark with ease, Ygg Huur is the rare Krallice album that doesn’t need a third or fourth side. It’s unusually compact, its six tracks adding up to less than 40 minutes total (and four of them have exactly a running time of 6:41, which can’t be coincidental, knowing the level of composition and premeditation that goes into the band’s work).

That doesn’t mean Ygg Huur is their most digestible release, however—not by a long shot. If we’re talking sheer accessibility, the band’s 2008 self-titled album is the one with the hits, so to speak, with each subsequent release adding a few more layers and unexpected detours along the way. In fact, 2012’s Years Past Matter was almost bafflingly dense, made all the more dizzying by the fact that its track titles were just sequences of lines, rather than words. By comparison, Ygg Huur‘s replay begins in almost half the time, but it’s a sprint right into a hurricane almost from the starting line. I say almost because “Idols,” the album’s opening track, is more of a gothic doom metal track than black metal, and it moves a bit slower than the rest of the album, but only briefly—by minute one, Lev Weinstein’s drums explode into a blast beat, and the ominous riffs turn to an intense blur. That blur consumes most of the album, but it’s easy to point out numerous miraculous moments as they blow by, such as the elegant arpeggiation on “Wastes of Ocean,” the muscular gallop-and-chug of “Tyrrany of Thought,” the spacious abrasion of “Bitter Meditation” or the tremolo-picked majesty of “Engram.”

It’s easy to let the sheer inscrutability of Krallice’s compositions become too much of an obstacle toward enjoying it, but Ygg Huur‘s strength is its musicality, rather than its technicality. For all of the highbrow conceits they espouse, they’re still four musicians, hammering out those seemingly impossible sonic creations on guitars, bass and drums. And there’s more than a little melody between those roller coaster twists and rhythmic plunges; “Wastes of Ocean” doesn’t need more than one spin to reveal its wonders. Running time aside, Ygg Huur is in fact a monumental piece of music. It’s only a reduction in minutes; this is the most potent distillation of Krallice’s essence yet.