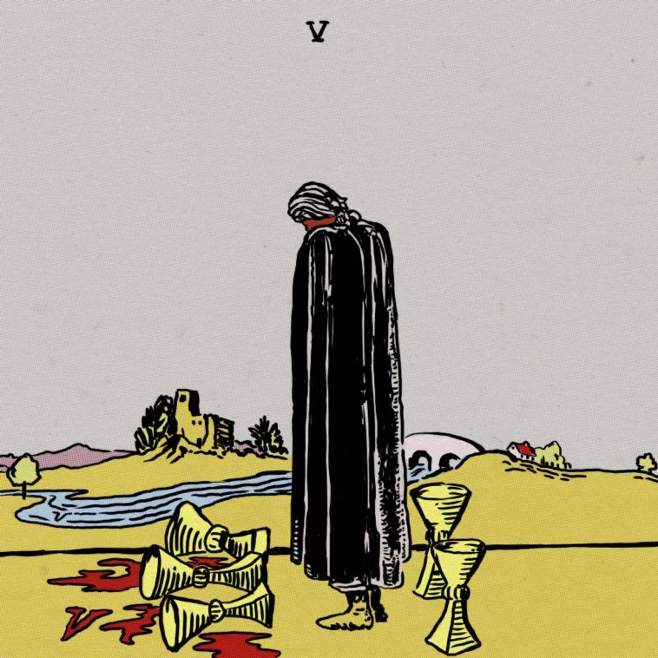 On Oct. 2, Southern California stoner punks Wavves will release their new album V via Ghost Ramp/Warner Bros. It’s the second album to bear Wavves’ name this year, after their EP-length Cloud Nothings collaboration, No Life For Me. The album was recorded in Los Angeles with producer Woody Jackson, and features writing contributions from Wavves members Stephen Pope and Alex Gates, in addition to frontman Nathan Williams. That’s the album cover above.

The group has just shared the leadoff track from the album, titled “Heavy Metal Detox,” which is a trippy, poppy psych-punk number that’s pretty darn fun. Listen to the Wavves “Heavy Metal Detox” stream below, above the tracklist. Wavves’ last proper album was 2013’s Afraid of Heights.