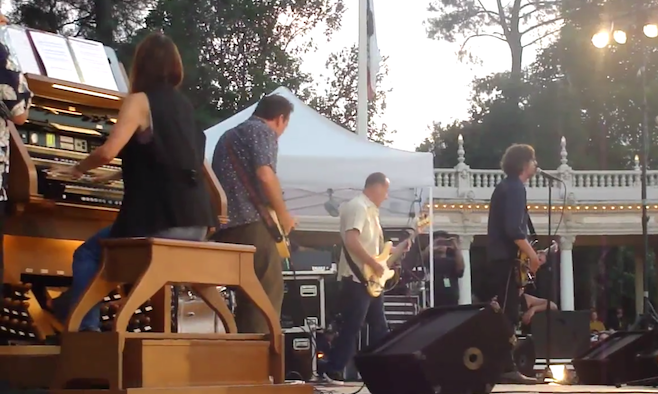 Last night, Drive Like Jehu played their first show together in 19 years at Spreckels Organ Pavilion in San Diego’s Balboa Park. It was an unconventional show at that, featuring accompaniment by the city’s civic organist, Dr. Carol Williams. But we were there, and it sounded awesome. If you missed it, however, the full show is now available to watch via some videos taken from the live stream last night.

This is likely the only show the band will be playing for at least the foreseeable future, so enjoy these videos, because it’s all we have for the time being.