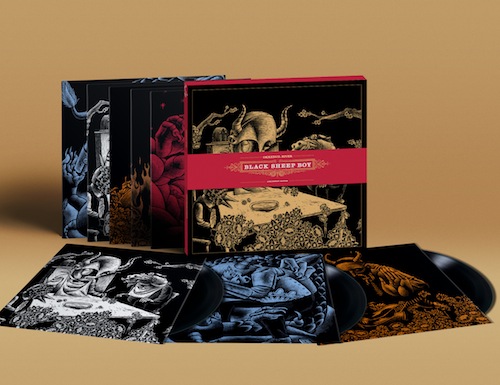 Okkervil River released their dark masterpiece Black Sheep Boy in 2005, which mathemagicians will notice was 10 years ago. To mark the anniversary, the band is releasing a three-LP reissue of the album (packaging seen above), featuring the companion EP Black Sheep Boy Appendix, as well as a compilation of covers titled There Swims a Swan, featuring the band’s renditions of tracks by The Louvin Brothers, Lead Belly and Washington Phillips. The deluxe reissue will be released on December 4, via Jagjaguwar. Check out the tracklist below, along with a stream of “I’m in Love With Susan Smith.”

Volume III: There Swims A Swan

Okkervil River’s Black Sheep Boy is on our list of 10 Essential Austin Albums.