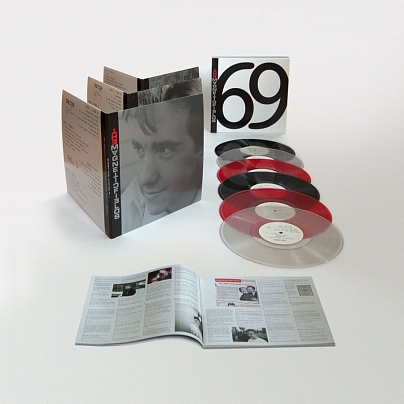 Magnetic Fields’ 69 Love Songs is getting a vinyl reissue. On November 6, Merge Records will release Stephin Merritt’s 1999, 69-track concept triple-album about love and all of its complications, follies and experimental performance art reinterpretations as a six-LP 10-inch box set, which follows the 2010 vinyl reissue of the album. This edition will feature all 69 songs remastered for vinyl, housed in a “sturdy slipcase,” with a 24-page booklet featuring liner notes written by Daniel Handler (Lemony Snicket).

The first 1,000 copies of the 69 Love Songs box set will feature limited edition colored vinyl: Two black, two red and two clear. Only 5,000 copies total will be released. Copies of the 2010 reissue are going for around $400 these days, so the $99 reissue looks all the more enticing for those who’d like to have this epic indie classic on vinyl.

Magnetic Fields’ 69 Love Songs is on our list of the Best Albums of the 1990s.