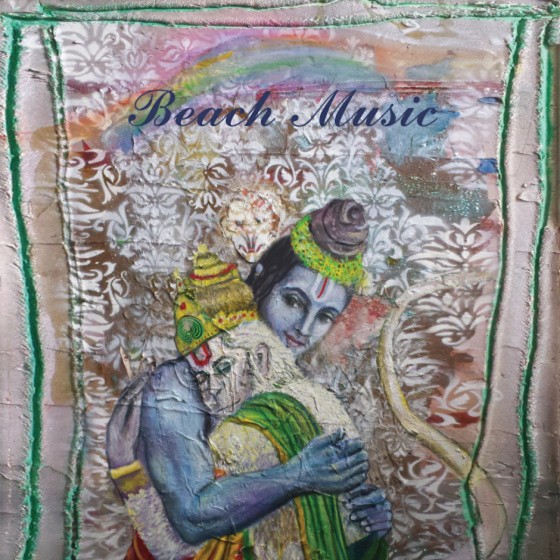 Alex G‘s identity is a baffling amalgam of harrowing catharsis and unveiled wisdom. Approaching 22 years of age, Philadelphia resident Alex Giannascoli has already released his share of haunting albums, full of heart-wrenching piano riffs and guitar melodies. His latest release, Beach Music, is no different from its predecessors in that way. It’s filled to the brim with soulful, chromatic piano moments accompanied by mellowed percussion. What feels different is Alex G’s overarching capability to tug on our heartstrings—with Beach Music, he’s simultaneously pulling them in seemingly every direction.

Through 13 delectable tracks, Alex G takes us through his take on the human condition—the good, the bad and the ugly. On tracks such as “Bug” and “Ready,” something irresistible and gooey layers itself through the tracks, and it’s nearly impossible to put your finger on what exactly it is at which Alex G is so impeccable. The recurring acoustic guitar line on “Ready” feels like an unlikely crossover between Citizen Cope and The Shins, while “Bug” is reminiscent of a Brand New demo.

Alex G’s ability to transfer between the reality and the dreamscape becomes clear throughout Beach Music. Synth effect choices and altering vocal tracks leave an airy, iridescent trail of sorrow on “Brite Boy,” a track that reads like a hopeful wish for love but digests as unrequited. On “Snot,” the deep, cathartic, scuffed-up theme of “Bug” is recapitulated, to close out the album on a more provocative note.

Across all of his impressive releases, Alex G has captured an essence of yearning and hopefulness that translates onstage when he and his band tours. It resonates among his fans, too. When Alex G opened for Girlpool at Music Hall of Williamsburg this past July, an overwhelming sense of understanding fell over the crowd, and it became clear that everyone there had at least one Alex G song they felt a special connection to. One particular fan continued to request Trick’s “Change,” and Alex honorably complied.

Beach Music greets the listener with ways of addressing emotions they didn’t even know they had. Alex G consistently nails the grit, gut-wrenching and painful. But he always leaves room for the beautiful.