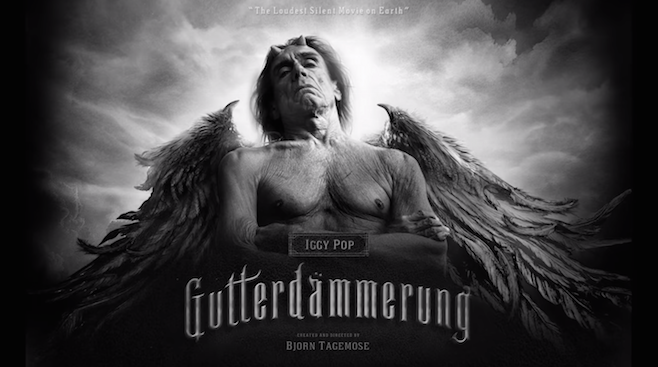 Björn Tagemose’s film Gutterdämmerung is being billed as “the loudest silent movie on Earth,” and it features a hell of a lot of veterans of punk, metal, rock and otherwise, who know a thing or two about being loud. Iggy Pop will play a serial killer named The Sandman. Henry Rollins is a puritan priest. Grace Jones has control of the testosterone levels of everyone in this rock ‘n’ roll world, which is awesome and weird, and totally fitting. Also featured in the film are Motorhead’s Lemmy Kilmeister, Slash, Slayer’s Tom Araya, Queens of the Stone Age’s Josh Homme and his Eagles of Death Metal bandmate Jesse Hughes, Mark Lanegan, Nina Hagen and more.

Today, an expanded trailer for the film has been revealed, featuring many of the above stars, and a memorable quote from Lemmy: “If you don’t like it, fuck off.” OK then! Watch the Gutterdämmerung trailer below.