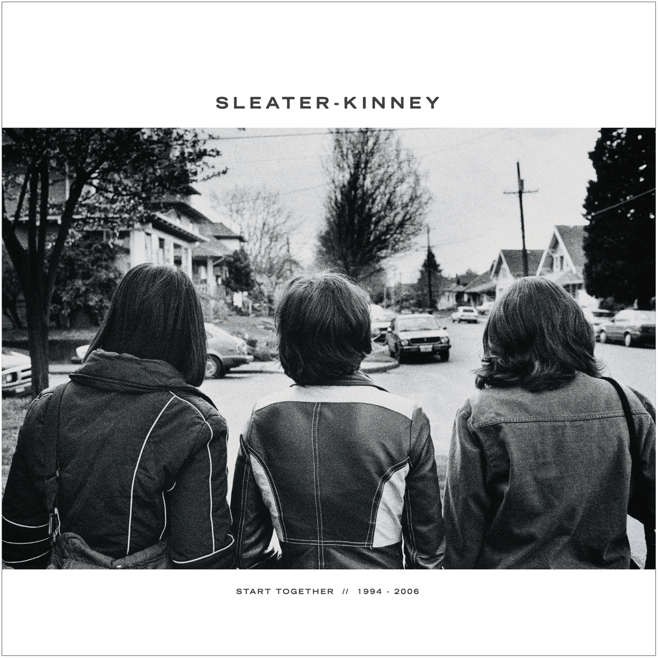 Folks, it looks like it’s time to start making those holiday wishlists early. On Oct. 21, Sub Pop Records is releasing a Sleater-Kinney box set, titled Start Together. The box set features all of the band’s albums, remastered and packaged together as a 7-LP vinyl set. The albums will also be individually reissued on CD and vinyl the same day. All seven albums will come on colored vinyl, and the box will feature a 44-page hardcover book with previously unreleased photos.

Greg Calbi of Sterling Sound remastered all of the albums from their analog source tapes. He had this to share about the project: “For such ferocious music, it was actually a very delicate process. I found, in dealing with one of the earlier albums, that my signal path and compression, including my Burl B2 convertor, gave me a more resonant, deeper sound on the guitars than the originals. Because the band rarely, if ever, used bass, I felt that this added to the aggressiveness and power of the band overall. I believe this treatment added a subtle, yet important, dimension to the band, and I explored each of the other albums with the same intention. Above all, their music, from inception, stands the test of time for the cleverness and emotional impact they brought to their genre.”

Sleater-Kinney formed in Olympia, Washington in 1994 and released seven full-length albums during their 12 years together. They went on indefinite hiatus in 2006, after touring behind 2005’s The Woods — though we’re holding out hope they’ll break that any day now… — and each individual member went on to do their own project. Corin Tucker started the Corin Tucker Band. Janet Weiss played with Quasi, Wild Flag and Stephen Malkmus and the Jicks. And Carrie Brownstein also played with Wild Flag, as well as going on to star with Fred Armisen in Portlandia.