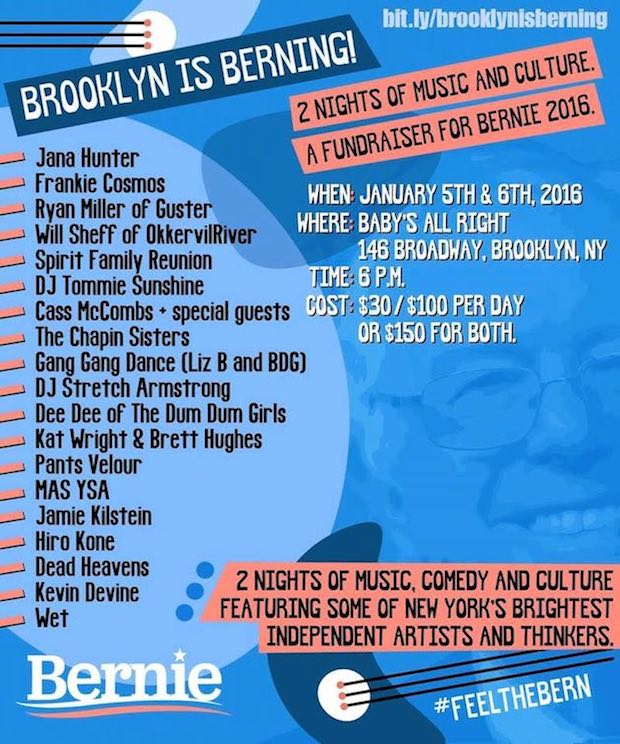 A long list of artists have already gone on record as being supporters of presidential candidate Bernie Sanders, including Jello Biafra, Jeff Tweedy, The Afghan Whigs’ Greg Dulli, MC5’s Wayne Kramer, Thurston Moore and Bonnie Raitt. And in 2016, even more artists are showing their support for Bernie with a two-night benefit concert in Brooklyn, as reported by Brooklyn Vegan. The event is called Brooklyn is Berning!, and takes place on Tuesday, January 5 and Wednesday, January 6.

There will also be talks by local authors and people in the academic community, and other special guests. Whether or not Sanders himself will appear has not yet been announced. More information and tickets can be found here.