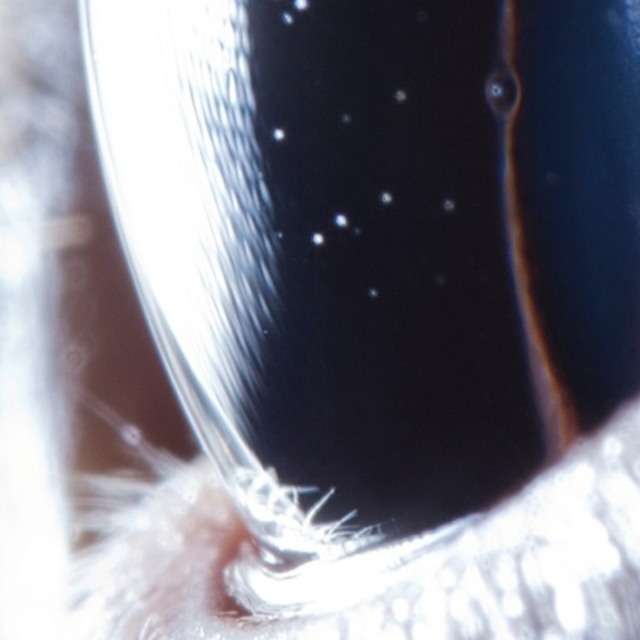 If Roly Porter ever made dance music, it was never the kind you’d think to put on at a party. The British producer has certainly dabbled in beats, most notably as one half of the dark-ambient dubstep team Vex’d, whose music has momentum in an atmospheric, unsettling way. But Porter’s music is better summarized by the title of his second solo album, Life Cycle of a Massive Star. This is cosmic, catastrophic, soul-swallowing music that doesn’t so much compel you to move your feet as drop to your knees and bask in its awe-inspiring terror. How many ambient producers can claim to do that?

Here’s the thing, though: Roly Porter’s music isn’t necessarily ambient, at least not by any definition I know of. It’s music that’s free of any kind of recurring beat, which is something that Porter distinguishes as entirely separate from ambient music. And he’s got a point there. His third album, Third Law, is as far as you can get from simply being background music. This is powerful, uncompromising stuff, but its percussive thrust comes in infrequent and unpredictable waves, its BPMs incalculable, its dancefloor a nebulous, alien realm. In a press release sent out before the release of the album, he detailed his goal of “leaving dance music as it is, free to explore ideas of rhythm, bass, sound design within his own world without having to shape any of these elements to fit any preconceived ideas or rules.” And indeed, whatever rhythmic structures exist within his chilling compositions, they’re not the kind that make much sense in the context of club culture.

To be clear, there is percussion, rhythm and, yes, even beats on new album Third Law, and they behave erratically and violently. The percolating drips of bass that recur throughout “Mass” rapidly increase in frequency, like a bouncing ball losing a struggle against gravity. Similarly, the jackhammer industrial clatter of “In Flight” is a chunk of intense beat-driven assault that’s initially harsh, but ultimately grows hypnotic in its ability to induce a sort of trance from its rhythmic pummel. There’s more of a build-up to the grind and pound of “4101,” and it comes in dramatic, spacious intervals, but it’s hard not to be drawn in by the horrible beauty taking shape. Its punishing and distorted thump is a thing of pure menace.

It’s often what happens between those crashes and thuds that makes Third Law such a stunning piece of music. The clatter that erupts in the second half of “Blind Blackening” is secondary to the eerie tension that its quieter parts conjure. There’s a similar dynamic to “Departure Stage,” which lurches slowly and steadily, revealing a gorgeously chilly bed of synth slowly shifting between its extended rhythmic meters. It takes that extra bit of attention to find the grace in Porter’s seemingly merciless music machine, but it’s there. Every minute of music is a struggle between gentle melody and mechanical violence, as if imagining the singularity as an end result to a battle between humanity and technology.

Third Law can come across as terrifying and bleak in its least forgiving moments, but listen just a little closer and there’s something more compelling, even moving within. Every moment of Third Law feels incredibly tense, which makes it a much more active kind of music than merely ambient or drone. It’s hard to relegate something to mere atmosphere when it snarls and seethes like this. Roly Porter isn’t interested in letting moments pass without leaving some kind of impact, so while his cosmic industrial-scapes aren’t always entirely comfortable, their beauty and majesty unfold before you in real time, however graceful or gruesome. This is darkness made profound.