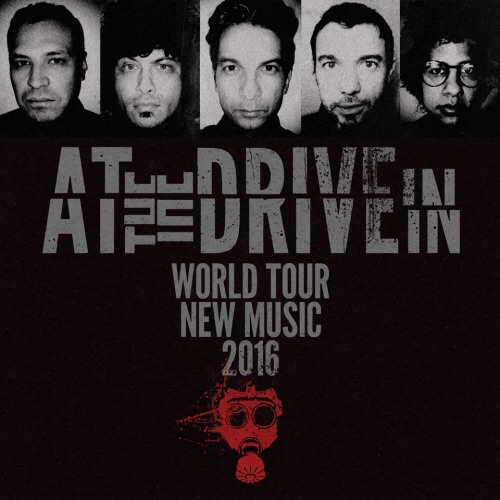 At the Drive-In is making a big return in 2016. The band has just announced a world tour, and a teaser on the band’s Instagram has indicated that they will also be releasing new music. The At the Drive-In lineup for the tour and presumably the new music includes Cedric Bixler Zavala, Jim Ward, Tony Hajjar, Paul Hinojos, and Omar Rodríguez-López. Check out their tour dates below.

At the Drive-In tour dates:

Tags
At the Drive-In

At the Drive In announces new EP, Diamanté

At the Drive-In announce their first album in 17 years

At the Drive-In share first new song in 16 years, “Governed by Contagions”