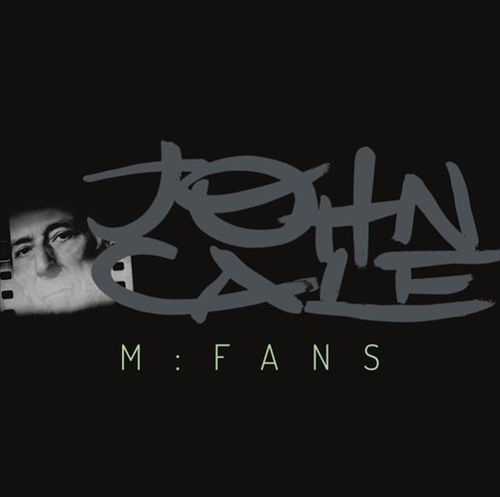 One common trait shared by members of The Velvet Underground is a tendency to go to some incredibly dark places in their solo careers. This shouldn’t have been all that surprising at the time—the Velvets famously touched upon the taboo and the sinister, from sadomasochism to heroin use, and various threads in between (including John Cale’s black-comedy spoken word macabre tale, “The Gift”). As individuals, however, they went that extra, harrowing mile into territory that few would likely venture into by choice, and fewer still could endure without some collateral damage. In 1968, just a year after The Velvet Underground & Nico, Nico delved into the horrific and spare sounds of The Marble Index, while Lou Reed, five years later, would deliver his infamous Berlin, a beautiful and difficult to revisit set of songs that can be described alternately as rock opera and suicide note.

John Cale, for his part, explored extremes throughout most of his career, engaging in the brilliant chamber-pop beauty of “Paris 1919” one moment, and delivering the most fucked-up cover of “Heartbreak Hotel” the next. His 1982 album Music for a New Society, though, is its own unique moment of quiet melancholy. It’s a work defined simultaneously by soft textures and defeated personalities. Contrary to the opulent arrangements of his early ’70s material, or the more guitar-heavy rock sound of 1974’s Fear, it’s atmospheric and gentle, which is what makes the stories therein all the more gut-wrenching. Its first track, “Taking Your Life In Your Hands,” is a delicate ballad with spectral slide work and just the faintest feeling of menace. It’s also about a woman who kills her children. Hard to lighten the mood after that.

Music for a New Society is an album almost entirely devoid of hope, and its moments of light are few and far between. The ticking clock that underscores “Thoughtless Kind” only grows more oppressive and chilling beneath Cale’s narrative of depression and self-delusion, and crying sound effects. “If You Were Still Around” is a mournful elegy, made all the more devastating through its spare use of church organ, which occasionally takes a turn toward atonal horror. The closest thing to an anthem, which is still some distance from what Cale actually delivers is “Close Watch,” which revisits elements of a 1950s classic in the name of something much more unsettling, much like he did with “Heartbreak Hotel.” In this case, it’s the opening line from Johnny Cash’s “I Walk the Line,” which becomes the tired refrain of a hollow and heartbroken man.

It’s not an easy listen, certainly, though Music for a New Society is a spectacular album simply because of how elegantly and beautifully Cale depicts each tragic vignette. In recent years, though, it’s essentially been left alone as an out-of-print relic while key bits and pieces of Cale’s catalog have been reissued. After 34 years, Domino is finally putting it back into circulation with bonus material, and rightly so, but Cale also took on the added challenge of recording the material anew, updated and reconfigured in a new and dramatically altered package. These kinds of exercises can range from underwhelming to maddening, but this version, titled M:FANS, which features some prominent vocal work from Dirty Projectors’ Amber Coffman, is a fascinating addition to its legacy if not necessarily an improvement.

M:FANS, first of all, isn’t any more optimistic than its prototype. But with the addition of bigger arrangements, technological advancements and a more complex approach overall, it feels more like a dystopia where Music for a New Society was an all too painful present-day realism. Sometimes the updates are similarly graceful in their grotesqueries, such as the dark shades of “If You Were Still Around,” and some are raucous, like with “Taking Your Life In Your Hands” (the children, unfortunately, are still murdered). But Cale frequently spins the originals into a kind of surrealist R&B, as he does on “Thoughtless Kind” and “Close Watch,” which remove the affecting quality of the originals in favor of musical novelty.

There’s nothing surprising about Cale’s desire to chop up his own material and put it back together from scratch. He’s been an iconoclast from the beginning, so the 73-year-old singer/songwriter isn’t likely to abandon his tendencies toward the provocative. Ultimately M:FANS proves to be an interesting record, and a different enough one from its first permutation to justify its existence. It’s more fascinating than indispensable, though, while Music for a New Society, itself, has proven with time to be one of Cale’s most breathtaking works, if one of his most devastating. His efforts in bringing a 30-plus-year-old album into the present are by all means laudatory. It just so happens that an album that hurts this much is curiously timeless.