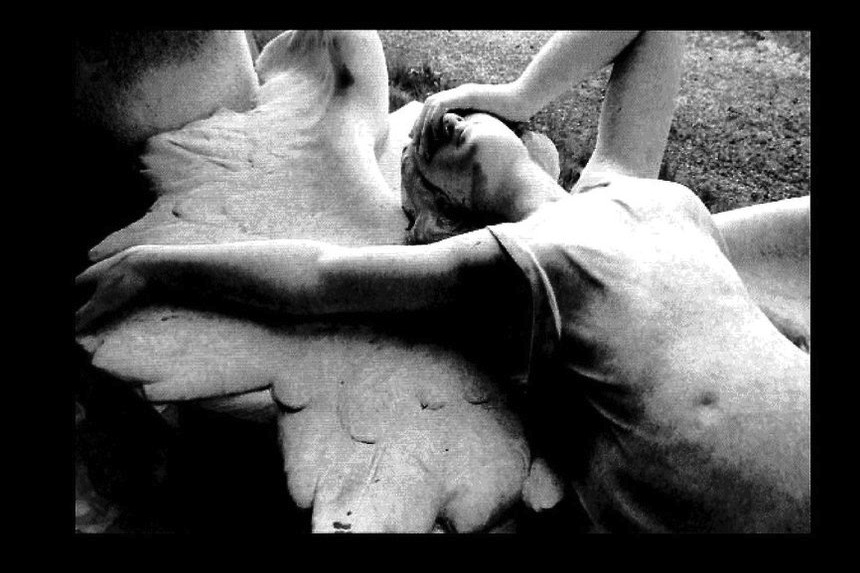 Depending on whether or not you have someone to snuggle with, Valentine’s Day can either make your week or ruin it entirely. And even if you are one of the lucky in love, it’s still an easy target for cynicism. That doesn’t mean we’re signing up for the Big Greeting Card conspiracy theory newsletter anytime soon, exactly, but this year we’re taking the opportunity to wallow in the misery that February 14 brings when love is long gone. So naturally, we’re highlighting some of our favorite breakup songs. Now, this list could number in the hundreds (our longlist was a couple pages long before we edited it down). So don’t look at this as the definitive, end-all be-all list of breakup jams. We very well could even revisit this again, but for now, here are 10 essential breakup songs, from the troubadours who best capture that feeling of having loved and lost.

On his second album The Freewheelin’ Bob Dylan, rock and roll’s greatest lyricist produced a gleefully ambivalent kiss-off that captured more about the uncertainty of youth than a broken heart. It’s also a little awkward, since certain parts of the song referenced his then still-intact relationship with Suze Rottolo, who’s pictured on the album cover hanging on Dylan’s arm. In the end, though, they appear to just be details for the sake of the lyric. It’s a confusing round of blame-shifting (“I give her my heart but she wanted my soul” vs. “I wish there was somethin’ I could do or say/to try and make you change your mind and stay”) and freedom grandstanding (“You’re the reason why I’m travelin’ on”), done in anticipation of the later ‘60s when relationship boundaries got even blurrier. The clash between tension and solace is fascinating in conflicted, broad strokes. It’s certainly not a waste of your precious time.- PP

The Supremes – “You Keep Me Hangin’ On”

from The Supremes Sing Holland-Dozier-Holland (1967; Motown)

“You Keep Me Hangin’ On” is about the struggle to reconcile that fear that you’re being used with the fact that, on some level, you may never be able to let them go. “Set me free, why don’t you, baby?” she pleads, as her vulnerability comes to a head. She needs this—to move on, to grow. And as she finally comes to the inevitable realization—“you don’t really love me, you just keep me hangin’ on”—she discovers that only she can set herself free once and for all. “Get out of my life, and let me sleep at night,” she demands, over a sultry proto-funk groove. And in this sense, “You Keep Me Hangin’ On,” is, at its core, about Female Empowerment—and what better time to celebrate that than the immensely gendered holiday of Valentine’s Day? – BB

Al Green’s Call Me is, on the whole, one of the great break-up albums in pop music. It’s as soulful and genuine an expression of loss and heartbreak has ever been released, and tracks such as “Have You Been Making Out OK” and Green’s lush take on Hank Williams’ “I’m So Lonesome I Could Cry” bear out a very real process of grieving after losing what might have been the best thing you ever had. Or so it seemed at the time. No song on the album summarizes that feeling as concisely and with as intoxicating a melody as the title track. “What a beautiful time we had together,” Green sings, and though he doesn’t place any extra emphasis on it, there’s no mistaking that past tense. Those times are never coming back. Against a gentle rush of strings and a jazzy chord structure, Green beckons an unnamed love to “come back home.” But we know it’s not to be. If she did, this album would have been cut surprisingly short. – JT

The Clash’s first Top 40 single in the United States was written quickly and recorded at the end of the London Calling sessions. It was originally intended as a free giveaway track through NME, but the deal fell through and it was quickly added to the very end of the album—but, notably, not shown on the tracklist on the back cover of the first printings. “Train In Vain” was so conventionally appealing that it was in complete opposition to the rest of London Calling, not to mention everything else they’d done. It’s a standard, R&B-styled rave-up, a lover’s question about trust and loyalty that circled the entire album back to the personal realm. Mick Jones’ very British intonations take the edge off the soul-styled vocals, and the strategically placed harmonica is as satisfying as the relationship wasn’t. – PP

ABBA – “The Winner Takes All”

You could have “Just Like A Woman,” “Go Your Own Way,” “No Vaseline,” “Hit ‘Em Up” and “Norf Norf” form a Voltron with Wesley Willis doing the cover of it and not quite match up to this, The Realest Song Ever Wrote. Penned by one of the Bs on the first Christmas Eve post-divorce from one of the As and originally titled “The Story Of My Life” (that portion of a sentence already crammed with enough pathos to be a season of The Americans, ironically enough),  it’s possible no other song has ever more accurately depicted what happens when someone doesn’t love you enough to not rip your still-beating heart out of your chest but still loves you enough to care deeply. Full of the band’s signature multi-layered sound, “Winner” gets to a Darwinian truth about immolated relationships while still somehow being danceable and never grating or angsty. They should’ve made a musical about this. – BR

A bit on-the-nose? Perhaps. But personally, I can’t think of a song that better captures the strange mixture of anxiety, frustration, and contentment that is often felt when you realize, to your inevitable dismay, that you’re losing someone and growing apart. Sonically, “Love Will Tear Us Apart” sets the table for the proto-new-wave sounds which Hook, Morris, and Sumner would explore as New Order, but there’s not much optimism here: the synth and bass reproduce a sense of existential melancholy. “Resentment rides high, but emotions won’t grow,” Curtis laments. “And we’re changing our ways, taking different roads.” His words speak volumes, not only about his state of mind, but the universal fear that the notion of the one is not so valid after all—that we may end up never finding that person at all. Or worse—what if we end up pushing them away? – BB

Blur – “No Distance Left to Run”

No one is safe from a blinding, gut-wrenching, heart-shattering break up. Not even pretty boy frontmen of famed Britpop bands, and when it happens their pain ends up soundtracking our own. When you’re ass deep in the depression stage of a break up, that’s when it’s time to fire up the record player, put Blur’s “No Distance Left to Run” on and wallow. Blur frontman Damon Albarn co-wrote the melancholy ballad with bandmates Graham Coxon, Alex James and Dave Rountree after his very public and very painful split with Elastica’s Justine Frischmann, who was rumored to be getting cozy again with ex Brett Anderson of Suede. Albarn has even said that their relationship “absolutely crashed. I mean, it was really a spectacularly sad end.” That heartbreak lead to “No Distance Left to Run” and pretty much the entirety of Blur’s sixth studio album 13, which also featured some of Blur’s most notable and heartbreaking songs like “Tender” and “Coffee & TV.”

While “Tender” is certainly more rousing with its gospel choir encouraging Albarn to “come on, come on, come on, get through it,” “No Distance Left to Run” stands out as the ultimate break up anthem in their catalog because it’s drenched in mourning. It’s just so fucking sad. Not only is it arranged to sound desolate yet sweet, with its elegantly stripped arrangements, downcast “ooh”s from a backing choir, and tinges of chimey-sounding synthesizers, Albarn sings through defeated and sorrowful lyrics as though there’s a knot in his throat: “It’s over, you don’t need to tell me/ I hope you’re with someone who makes you feel safe in your sleeping tonight.” Oof. This one stings right in the heart. – AZ

The Dismemberment Plan – “The City”

Like just about everything The Dismemberment Plan does, “The City” is danceable, upbeat, even sort of fun. But the chiming, two-chord, minor-key progression, set against a synth bassline suggests otherwise. It’s a steady, melancholy stream, like a sheet of rain against a window or tears running down a face. And yeah, there’s a lot of sadness, loneliness and emptiness inside this downcast indie disco highlight from Emergency and I. Travis Morrison’s narrative is like that of someone surveying a ghost town, making note of the empty parks and silent streets, wishing that a breeze would just carry him away. But he reveals in due time that the city isn’t, in fact, devoid of life, it’s just that the absence of someone makes it feel utterly empty and joyless: “The city’s been dead, since you’ve been gone.” There’s no anger here, no bitterness, Morrison even showing some understanding when he sings “I see why you left.” But in that final climactic (and super emo) line—”All I ever say now is goodbye!”—we know all too well that there are still many long and lonely nights ahead. – JT

On the Nigel Godrich produced Sea Change—much like 1998’s Mutations—Beck traded in his signature freak-hop collages for a decidedly more focused singer/songwriter approach. However, this time around, it was extremely apparent that a few hearts had been broken in the time between albums, and Beck needed to get some things off his chest. Though fairly mellow for a break-up record, standout track “Lost Cause” carries some cutting lines despite the singer’s laid-back voice. Delivered over bare-bones percussion, a simple acoustic guitar arpeggio and some of Godrich’s electronic flourishes, the bridge hits especially hard with: “No one left to watch your back now/No one standing at your door/That’s what you thought love was for.” Totally harsh comment on the crushing reality of post-breakup loneliness, man. – ASB

The Shins – “Gone for Good”

Shins frontman and songwriter James Mercer first knocked me out as a college student with his line, “I’d dance like king of the eyesores,” which emerged like a face in the fog on the band’s breakout single, 2001’s melancholic “New Slang.” Two years later Mercer exceeded himself with “I found a fatal flaw in the logic of love” from “Gone For Good,” the country-lite penultimate track on the Shins’ sophomore effort Chutes Too Narrow. It’s a gorgeous lyric owing to its balance and alliteration, but there’s menace amid the pretty pedal steel guitars. As Mercer told the AV Club in 2007, the line is about the selfishness of love. It’s about how while you tell yourself that “it’s what inside that matters” that attraction, or the lack thereof, often comes down to an “instinctual animal side.” “We have this thing where we think that there’s something universal and true about love, that somehow it’s what’s inside that counts, when in reality, to a certain extent, that’s just not true,” Mercer said in the interview. “It’s not actually what counts the most, and that’s the fatal flaw. It’s a really cynical look at it.” This also explains why James and I are just friends. – SC