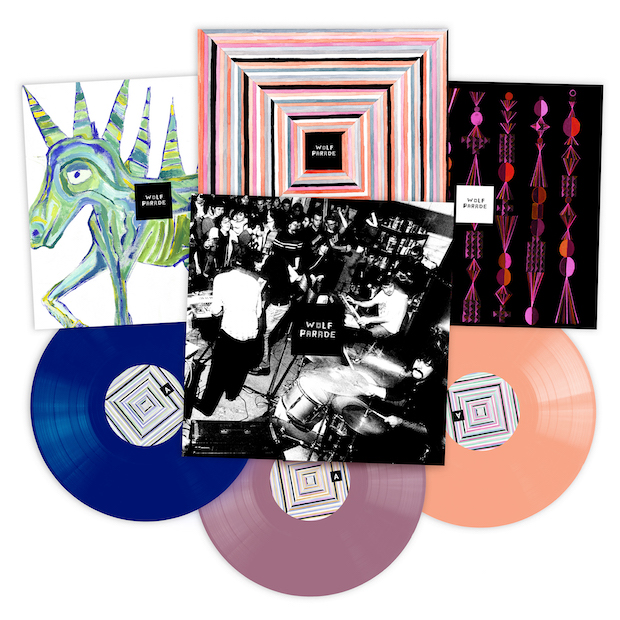 Earlier this year, Wolf Parade announced that they were getting back together to play some shows. Today, they’ve announced something special to coincide with that: a deluxe, three-LP reissue of their debut album, Apologies to the Queen Mary. The vinyl and digital versions of the reissue will be released on May 13 via Sub Pop. It features the original album, plus their 2003 and 2004 EPs, as well as unreleased track “Snakes on a Ladder.” That’s what the packaging looks like above, and you can check out the tracklist below.