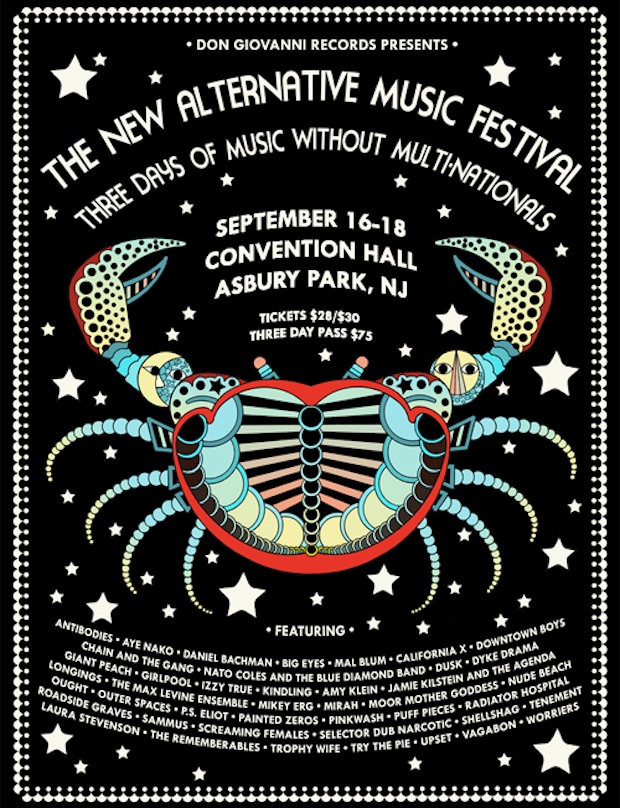 The inaugural New Alternative Music Festival has been announced for Sept. 16-18 at the Convention Center in Asbury Park, NJ. Organized by Don Giovanni Records, the festival is described as a “pro-weirdo event held in direct opposition to the apolitical sludge that has come to pass as ‘indie’ and that has nothing to do with operating independently,” according to a press release. The festival will feature no sponsors, and the marketing tagline is “Three days of music without multi-nationals.”

Check out the full New Alternative Music festival lineup at the website, or take a look at the poster above.