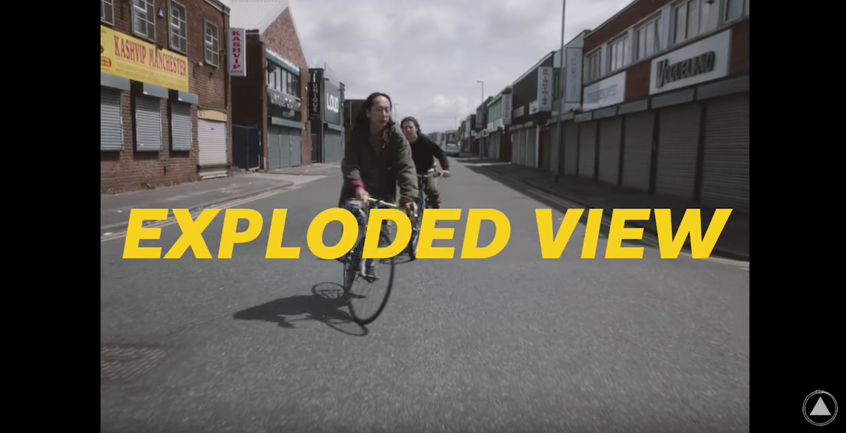 Exploded View, a new group featuring musicians from Berlin and Mexico City, and is fronted by singer Anika, release their debut album via Sacred Bones on August 19. The band has just released a new video for the single “Orlando,” directed by Grandmas, featuring a pair of friends who get high and then go do some line dancing. In light of the recent mass shooting in Orlando, Florida, the group has released a statement about the song and the video:

“The song ‘Orlando’ was written at the end of 2014, and its video was completed shortly before the terrible events in Orlando, FL, in the early hours of June 12th, when the most deadly mass shooting in the United States shook the country, the world and the queer community to its core, as the targets were clearly chosen, simply for being who they were, conducted in a space that has traditionally been one of protection, a safe haven for the queer community for decades: the dance floor.

Quoting from Virginia Woolf’s iconic novel Orlando: a Biography (1928), ‘Life, it sings, or croons rather, like a kettle on a hob, Life, life what art thou?’, as the main character has become a symbol to all those who believe they can free themselves from the restrictions imposed on our bodies, on our freedoms, to or from; the song is a celebration of life’s simple pleasures; of union in our differences. In the wake of our pain, when some have downplayed the chosen identity of the victims, while others may have concentrated solely on that, it is important to remember that this affects all of us. Whatever happens, dance floors should continue to be a space for freedom of expression, for life’s simple pleasures and a safe haven for so many communities around the world.”