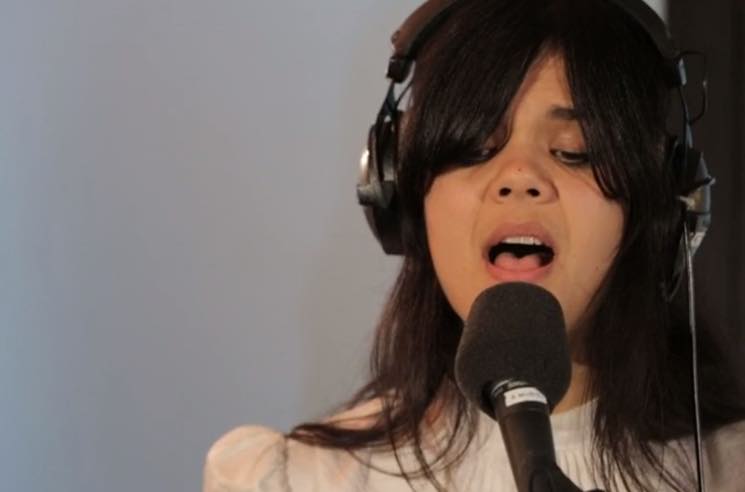 On Friday, Bat for Lashes released her new album The Bride, which is our current Album of the Week, and Natasha Khan & Co. made an appearance on BBC 6 Music‘s Live Lounge yesterday to perform some songs from the album. The band performed two songs, “In God’s House,” which you can watch below, and “Sunday Love.” The full audio of the performance has also been posted, which you can hear via the embed below. Also check out Bat For Lashes’ upcoming European tour dates.

Read our review of Bat For Lashes’ The Bride.

Listen to the full Bat For Lashes Live Lounge segment: