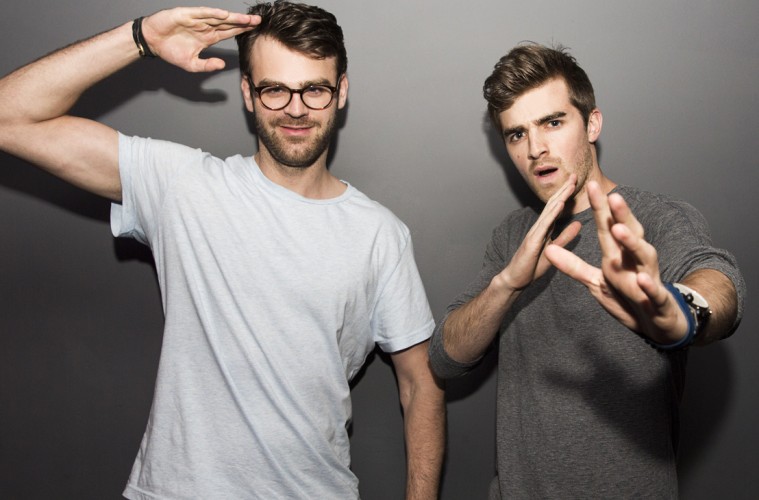 As much as I enjoy a lot of pop music, I don’t spend a ton of time listening to terrestrial radio or interacting with the other channels through which the country’s most listened music is channeled. (Does MTV play anything anymore? This is an honest, albeit rhetorical, question.) I hear about most pop releases by following music writers and websites on Twitter, or checking the new-music sections of Spotify and Apple Music. While I catch a lot, there’s plenty that I miss, until four months after a given pop song’s debut when it’s in the inescapable/overplayed phase and I’m like “Oh god what is this and why have I heard it five times today?”

To avoid this happening too often, occasionally I dive into either the Billboard Hot 100’s top 10 tracks or listen to the first 10 songs on Spotify’s chart of the most played songs in the U.S. Years ago, I’d write my thoughts on these tracks in (almost) real time, for a now-defunct blog. (Ed: Hey, interesting idea!) As if we haven’t had enough revivals in 2016, here we go:

I think Halsey and one of the dudes in this group, Andrew Taggart, are fucking. (Which is great! Everyone should have sex.) That’s about the extent of my Chainsmokers knowledge, beyond their insufferable novelty hit “Selfie.” Halsey is OK: A major label has clearly bet serious money on her, given how aggressively her uneven debut album BADLANDS was promoted last year—but her actual personality seems quite genuine even if not all her music works. “Hold Me Down” is good.

“Closer” is trapped somewhere between the dancefloor and the torch-song piano bar, and the tension between those things is weird. The synths seem overly jaunty for the song’s emotional tone, not meshing with the piano line at the foundation. The hook, and Halsey’s verse, are enough to make me understand why this is reasonably popular, although not why it’s No. 1. (I feel a bit silly for having said “emotional tone” about a track that’s very much about fumbly fucking, in the back of a Land Rover no less. Approximately 63,457 awkward first-time couplings by high school and college students across America have likely been soundtracked by this banal song. )

I’ve made my feelings about The Weeknd known (although in fairness I probably don’t hate that album nearly as much as I used to). The mere act of enlisting Daft Punk would indicate he’s committed in full to this pop-superstar direction. To the French robots’ credit, they set the minimalist electro sonic template and Abel Testafaye has to modify his vocal approach to accommodate them, which he does successfully. (The Patois-lite in the first verse is odd, but less odd than Drake doing it on “Controlla,” I guess, and a testament to how deeply Jamaican dancehall has permeated the Toronto music scene.)

Lyrically, it’s the same fame-and-womanizing/”Fuck, I’m too high, again” shit that The Weeknd has been doing since 2011, which I’ve run out of ways to groan about. Like…whatever man. Do you— although it’s weird that the sentiment “I’m a motherfuckin’ starboy” doesn’t sound one-eighth as macho as Testafaye quite clearly thinks it does, a continuing problem of his. “Starboy” is one of the better examples of his aesthetic he’s produced, and I don’t expect to stop hearing this any time soon.

What the fuck even is this? Piano rock with inexplicable pseudo-rapping and backgrounded pitch-shifted vocals (under the main track) for the mall-goth set that bought tickets to Suicide Squad, the film this song helped soundtrack? Christ, at least in the early 2000s, disaffected white-trash kids had My Chemical Romance and, for a brief while, peak Eminem. How is it one of the five most popular songs in any format, let alone radio? Is this what the depressed children of middle American Trump voters listen to? This is indefensibly awful and I’m filing a class-action lawsuit against Twentyonepilots right the fuck now.

Justin Bieber should’ve been laughed out of pop culture a few years ago, but the diminutive Canadian has endured awkward whorehouse photos, the resurfacing of old racist footage and nine zillion other things to remain a staple of popular music. His default musical mode since 2014 seems to be “Drake, but entirely white, not rapping, and with less adept but still accomplished production.” Pairing him with Diplo vanity project Major Lazer makes sense, considering that Diplo is himself a past-his-prime barnacle barely clinging to the rock of musical relevance.

Whatever. People I find loathsome make good music all the time. “Cold Water” is a solid Scandinavian house/dancehall fusion that’ll make perfect sense in any club, and Bieber’s vocal adroitly meshes with the rising electronic pop chanteuse MØ. It climaxes in a bath of synth stabs and harmonies bound to drive dancefloors nuts.

Not much different from the song described above, except that DJ Snake is more musically one-dimensional than Diplo and thus fails to add the Jamaican accents that make “Cold Water” stand out from the pack. You’ve heard the exact synth tone used in the hook to “Let Me Love You” about 6,000 times in the past six years, and it’s just as fucking irritating now as it was then. Bieber has to do more heavy lifting with his voice to save this tune from banality, and does so, showing the same estimable range as his 2015 megahit “Sorry.” Beyond that, not much to see here.

The staccato upbeat piano, lurching bass and simple trap rhythm of this song make for a jubilant sound. Lil Yachty’s laconic Auto-Tuned rhyming and the demented crooning/E-40-reminiscent flow of D.R.A.M. match the beat’s joy perfectly as they chronicle their slow but steady path through the mixtape grind to fame. Not sure why “Broccoli” reached the pop charts’ upper echelon as opposed to, like, 50 other, better hip-hop tracks from the past two months, but it’s a lot of fun.

I guess “Treat You Better” is the latest attempt to create a new John Mayer. (Philip Phillips didn’t work out so hot, huh?) Shit like this—vaguely competent pop-rock with an acceptably catchy hook—is more depressing than the abject awfulness of Twenty One Pilots. That band is trying to do something; it just happens to be execrable. Whoever this Shawn Mendes dude is, his high-water mark is mediocre competence and enough sales to get an A&R guy a bonus before the general public realizes the music’s banality and moves on. I kinda like the little arpeggiated guitar figure that follows Mendes’s repetition of “better than he can,” I guess. Good fucking lord.

There’s got to be some karmic gratification for Sia in having bigger hits during the past two years than say, Rihanna, by taking songs she wrote for pop stars like Rihanna and using them herself. “Cheap Thrills” is neither as monumental as recovery anthem “Bird Set Free” or as big of a cheeseball hook machine as “Unstoppable,” but it’s the most purely fun no-brainer hit of Sia’s career. Of the songs I’ve listed here, this is the only one to convey genuine elation—something all pop music should strive to create—and it makes its competition look all the more vapid.

The Chainsmokers – “Don’t Let Me Down” (feat. Daya)

OK, I get the appeal of this right away. That stabbing note progression of reverb-laden guitar, Daya’s sultry vocals, the clap-clap-clap lead-in with her voice escalating in volume and urgency….Then the drop happens, and “Don’t Let Me Down” becomes entirely conventional again but you know sure as anything the white kids are devouring it like Panera sandwiches. Who the fuck even are these Chainsmokers dudes? Were they grown in the secret laboratory of the most cynical, pragmatically nut-cutting record label ever? The bridge, climax and resolution after the second drop are interesting, with some captivating synth and a good soft-loud fakeout, but “Don’t Let Me Down” never matches up to what the sum of its parts should be. Also a good object-lesson in what should be a pop-music truism: If Rihanna is too superbaked off Cali weed or otherwise noncommittal regarding your offer of a collaborative single, just get a soundalike! They’re not hard to find, seeing as how Rihanna’s voice isn’t like, original or particularly good.

I have no idea who or what a gnash is. I’m gonna guess it’s the awkward sub-Macklemore, nasally-ass MC who intrudes the track after a spare, pretty piano-and-claps opening and forlorn sung chorus by Olivia O’Brien. The dude obviously learned all the wrong lessons from Atmosphere and Drake regarding how to be a good emotion-centric rapper. His rhymes are unoriginal and poorly phrased, so the delivery can’t even make you care about the miserable breakup he’s chronicling. All the more irritating is that the track itself is essentially sound—somebody like Chance, Drake, Future or even Young Thug could mine real pathos from it—and O’Brien has a decent voice. But instead we get this needle-voiced schmuck. Why couldn’t you people just have been fine with Macklemore and left well enough alone?

Thanks for coming on this horrible journey with me. Recommended antidotes: