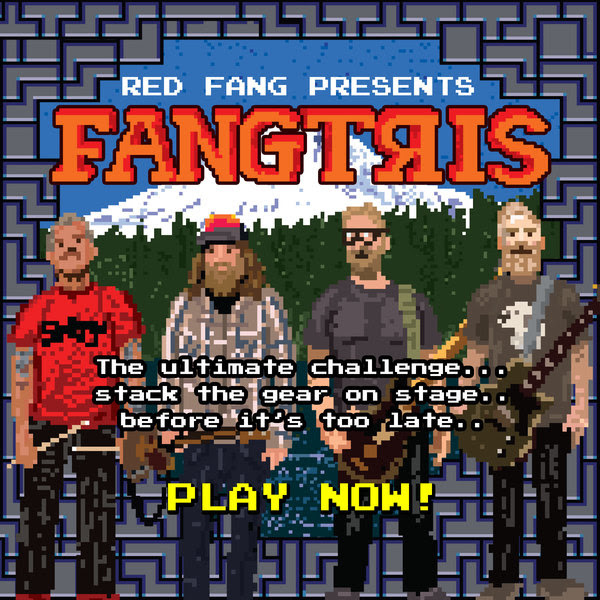 Tomorrow, Portland’s riff-heavy stoner rockers Red Fang release their new album, Only Ghosts via Relapse. The band is now streaming the album in its entirety, which you can hear below via Soundcloud. They’ve also just launched a new video game to promote the album, called “Fangtris.” It’s a Tetris-inspired game in which you have to stack the band’s amps, beer kegs and various other equipment in a game that resembles “Tetris.” (You know, hence the name.) It’s actually pretty fun, especially if you’ve played a game or two of “Tetris” in your lifetime. Even better, you can hear selections from the band’s new album while you drop those amps and kegs into place. It’s a lot like playing classic Nintendo, but rocks a lot harder, naturally. Play it here.

Read our review of Only Ghosts.