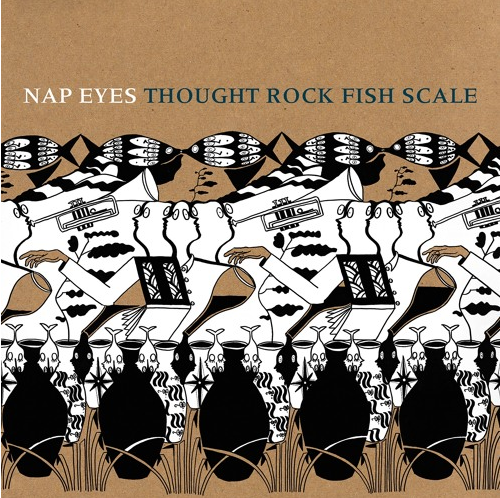 We’re finishing up the year by giving the platform to individual writers to share some their top 10s and personal favorites of the Best Music of 2016. Today’s highlights come from contributor Ben Braunstein.

What’s your favorite album that didn’t make the list?

I guess it’s obvious by both my lists that I thought Nap Eyes’ Thought Rock Fish Scale should have been heard by a lot more folks this year, but I already said enough about that earlier this year, so I’ll mention a record that didn’t appear on either of my Top 10s (and one that hasn’t received nearly enough press for how good it is). I’m not nearly entrenched enough in hip-hop history or culture to talk critically about Westside Gunn’s Flygod, but I don’t recall a modern hip-hop record sticking with me as much as this one has (with the exception of one; keep reading…)

This is tough; Silver Jews all but defined my 2016, but technically I did hear American Water a couple years ago. I just never really digested it, I guess, aside from “Send In The Clouds.” (Similarly, this is the year I really got into Townes Van Zandt.) So I’ll cheat and rattle off a few names, because don’t we all place our self-worth in the value and quantity of the art we consume? I found solace in the heartbreak of Okkervil River’s Don’t Fall In Love With Everyone You See and the tender romanticism of Patsy Cline. I was struck by the poetic sensibilities of Simon Joyner and the wry, oxytocin-fueled insights of Molly Nilsson. And I found myself utterly consumed by the narcotic jazz-funk rhythms of Mulatu Astatke’s Ethiopiques Vol. 4 and the surprisingly depressing vibe of Earl Sweatshirt’s Doris.

Biggest disappointment: There were plenty of worse albums from this year by artists whose work I’ve loved in the past (Nothing, Pop. 1280, Still Corners, DIIV, Tortoise, Bloodiest), but I’m gonna have to say A Moon Shaped Pool simply for the fact it’s not Kid A, OK Computer, The Bends, or Amnesiac, and therefore I really have no desire to listen to it. But, for real, it was that Jesu & Sun Kil Moon collaboration. Jesu sounds totally uninspired here and I’m not laughing at Kozelek’s angry-grandpa routine anymore. Just terrible.

Best live show: Guerilla Toss!!! I had suspected that they would put on a good show, simply by their sound, but, holy crap… I had no idea. It’s rare that a band completely puts me in a trance, and even more rare that I dance. They had something like seven or eight members on stage, and it wasn’t frivolous or excessive in the slightest. My life is honestly better for having experienced this. Thank you, Guerilla Toss.