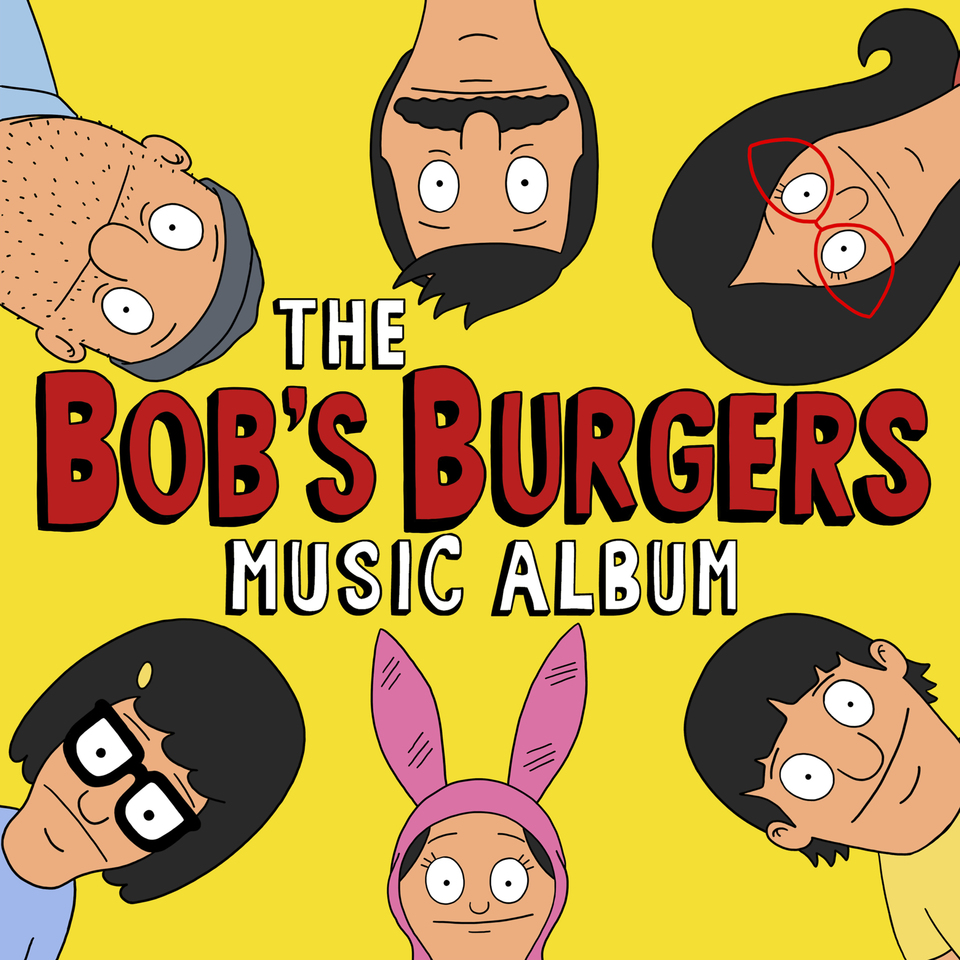 Sub Pop has announced it’s releasing a compilation of music from Bob’s Burgers, titled The Bob’s Burgers Music Album. It features 112 songs (!) from castmembers and guest stars including H. John Benjamin, Kristen Schaal, Eugene Mirman, John Roberts, Bill Hader, Aziz Ansari, Megan Mulally and Fred Armisen. It will be released on May 12. The compilation includes songs from throughout the series’ seven seasons, including favorites such as “Electric Love,” “Lifting Up the Skirt of the Night,” “Taffy Butt” (featuring Cyndi Lauper), and “Work Hard or Die Trying Girl” (with Carly Simon). The compilation also includes songs from the Bob’s Buskers series, in which The National, St. Vincent and The Magnetic Fields’ Stephin Merritt performed their own versions of tracks from the show. It will also be released in a deluxe box set format, which features exclusive items such as a bonus 7-inch, sticker pack, a hardbound lyrics book and three condiment-colored LPs: ketchup red, mustard yellow and relish green.

Take a look at the tracklist here (there’s a lot of ’em) and watch The National’s melancholy (yet hilarious) version of “Gravy Boat” below.

Also, watch the unboxing video of the album, in which the show’s character Teddy marvels at all the items in the deluxe box set.