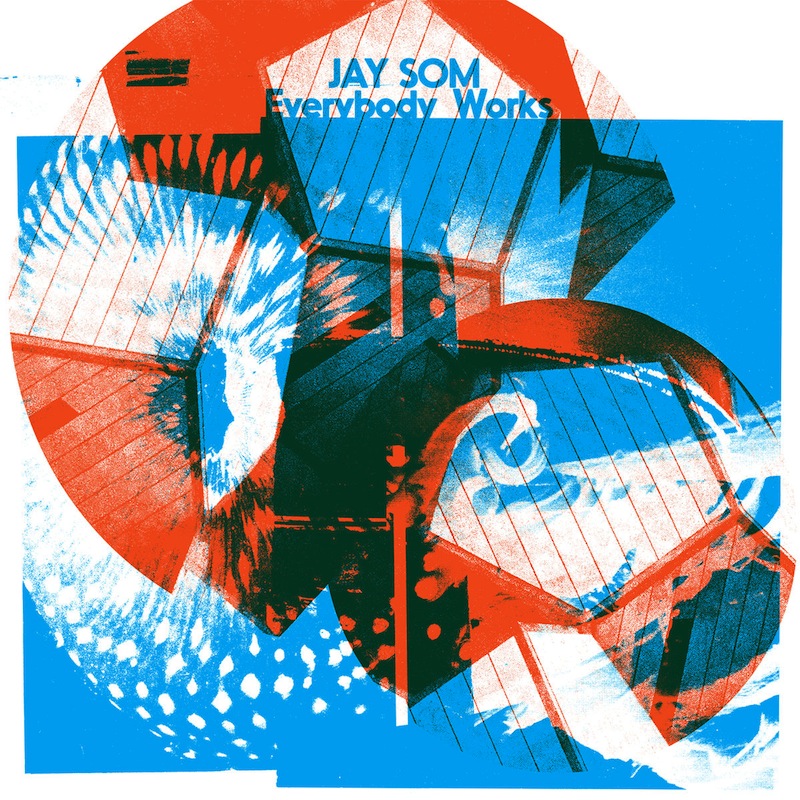 Melina Duterte’s drunken impulses are wise beyond their drinks. After releasing Turn Into amid Thanksgiving debauchery, her 2015 compilation of “finished and unfinished” songs was quickly hurled into the top tier of Bandcamp-spun bedroom pop. Before long, the album would land in the hands of Chad Heimann of Salty Artist Management, leading Duterte to an opening slot for a powerhouse tour in support of Mitski and Japanese Breakfast. Everybody Works is her proper debut, recorded over a three week caffeine splurge in October. Self-produced, self-mixed and thoroughly organic, the eclectic release is a witness to Jay Som’s DIY paragon status and highly cultivated taste.

Jay Som’s ability to merge her influences of Phil Elverum, Yo La Tengo and Carly Rae Jepsen allows her music to yield a quasi-shoegaze, semi-synthpop amalgamation, built upon the swelling, atmospheric arrangement found across Everybody Works. The album kicks off with “Lipstick Stains,” an illusory, sub-two-minute track that serves as an unexpected hook, specifically recalling the abstractive rock of Animal Collective’s “Mouth Wooed Her.” “The Bus Song” follows, finding Duterte relating the romanticism of public transportation to the future of two friends’ relationship. “Take time, we’ll figure it out / I’ll be the one who sticks around / And I just want you to lead me,” she sings across the chorus, backed by beaming pianos and an elated trumpet, an instrument she studied for nine years.

Later, Duterte pummels through “1 Billion Dogs” in a notably “sugarcubist” fashion. The track’s final moments rip through a cloud of dissonance, stopping just short of unbearable before ending the song on an incredibly rewarding conclusion. “1 Billion Dogs” is a cut that grows upon each listen, a trait shared among most of the numbers on Everybody Works. When Duterte isn’t shredding through the hazy, guitar-led material we know her for, she opts for tasteful and effortless synth-fueled substitutes. “Remain” and “One More Time, Please” particularly hold these ideas, each containing a danceable funk consistency that elegantly locks into the tracklisting, giving Everybody Works a stylistic edge few contemporary “indie rock” records can compete with.

It’s always intriguing to visit old artist interviews prior to a subsequent release’s actual recording. SPIN’s interview with Jay Som happened late last summer, just before Everybody Works’ recording process. Upon being asked about her then untitled album, she staggers. “It’s… at the beginning stages. I got demos, all the demos. I’m just waiting until I get back so I can start fleshing it all out.” In the final press release for Everybody Works, it would be revealed that most of these demos were scrapped, with Duterte coming up with most of the album on the spot when it came time to record. Considering the quality of Everybody Works, it’s hard not to be curious about those demos. Regardless, Duterte’s spontaneity shows the undeniable qualitative nature of her creative output. Everybody Works is prime evidence of an untapped prolificacy and the innate songwriting sense of Jay Som, materializing through one of the most convincing records we’ll hear this year.