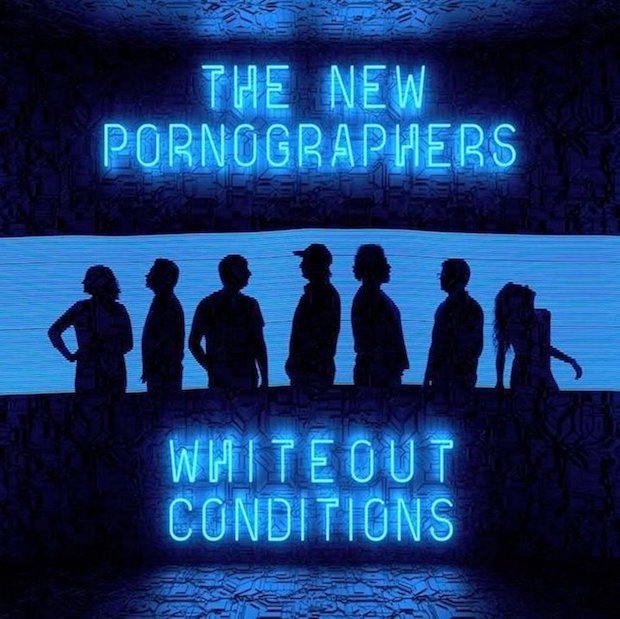 On Friday, veteran indie rock super-team The New Pornographers will release their new album, Whiteout Conditions via their own Collected Works Records. It’s their seventh album, and it’s their first to be recorded without longtime member Dan Bejar (of Destroyer). That being said, outside of that it’s still The New Pornographers as we know them, helmed by bandleader Carl Newman, featuring the vocal talents of Neko Case and chock full of catchy power pop tunes. They’ve already released a handful of tracks from the album, including the title track, “High Ticket Attractions” and “This is the World of the Theater.” And there’s a lot more where those came from. This week, NPR First Listen is premiering the album in its entirety before it’s released. Listen to the New Pornographers Whiteout Conditions stream below.