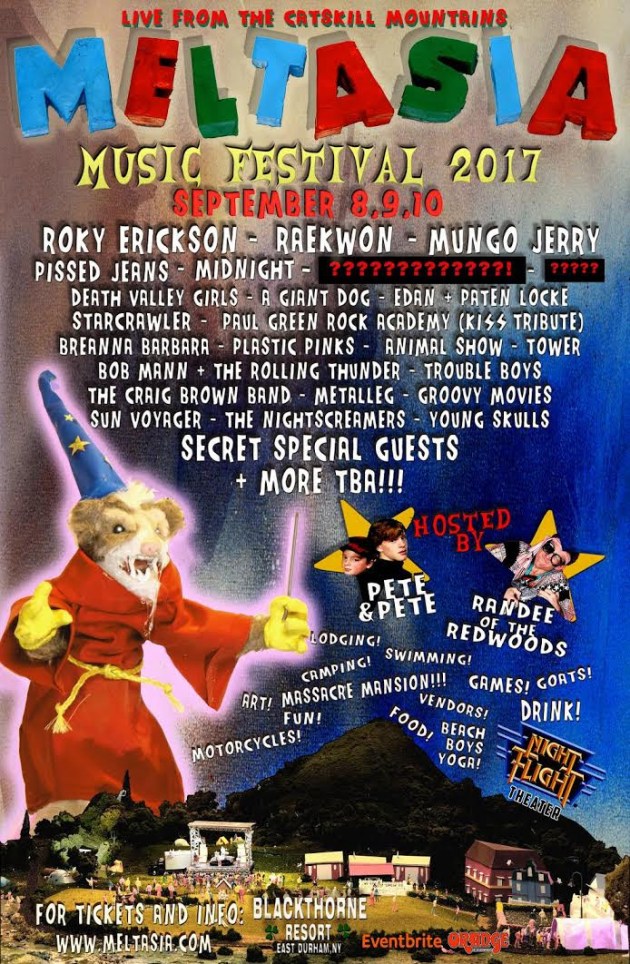 Meltasia Fest is taking place at Blackthorne Resort in the Catskills in East Durham, New York, and it’s looking like it’s going to be the most oddball festival of the year by a pretty good margin. The festival is being headlined by psychedelic icon Roky Erickson, along with Raekwon and “In the Summertime” hitmakers Mungo Jerry. Other artists set to perform this year include Pissed Jeans, Midnight, Death Valley Girls, A Giant Dog, Edan & Paten Locke, Starcrawler and Paul Rock Academy (Kiss tribute) plus many others, including more bands still yet to be announced. The festival will be hosted by Nickelodeon’s Pete & Pete—Danny Tamberelli and Mike Marona—as well as former MTV fixture Randee of the Redwoods.

The festival boasts other activities, including (based on the flyer) “motorcycles!”, “swimming!”, “games!”, “goats!”, “massacre mansion!” (?) and “Beach Boys yoga” (????). Just a hunch, but it sounds like this thing is going to be pretty bonkers.

Tickets go on sale on Friday.