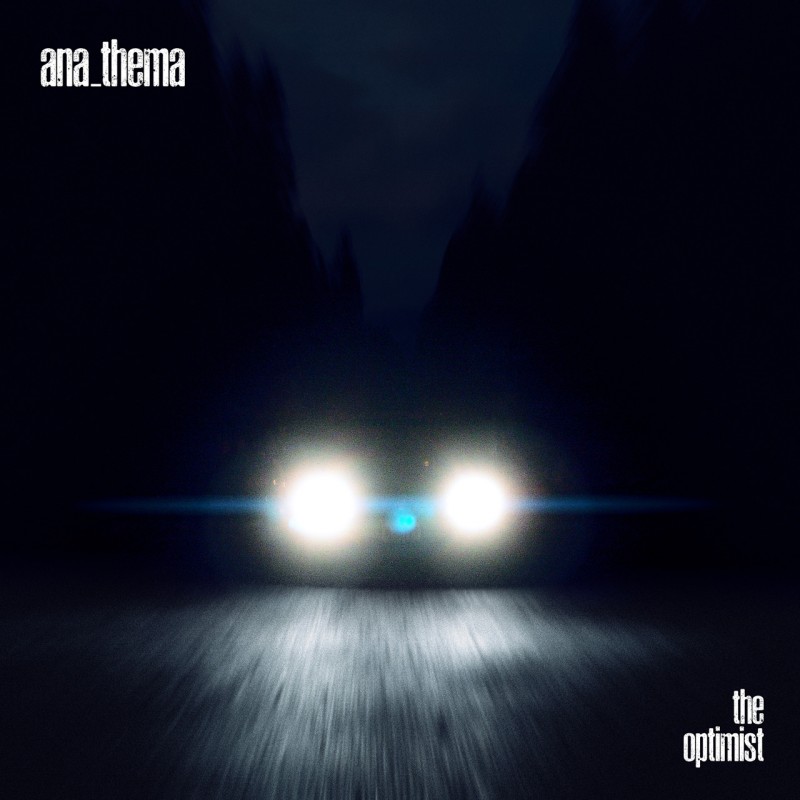 The Optimist, the eleventh album from metalheads-turned-prog/alternative-rockers Anathema, represents 27 years of the band’s existence and evolution. And it’s been an interesting one at that. Anathema started their efforts as a doom metal band, migrating into the congested territories of alternative rock and experimenting later with prog rock ambition, eventually arriving to a unique if unwieldy sound. This album stands at a crossroads between a deeper entry into prog rock and incorporations of post-rock soundscapes. Its effects are interesting, to say the least, but also deeply conflicted, with swathes of the album standing opposed to one another.

This is, in essence, a concept album, the impetus of which was actually generated by the cover art from the 2001 release A Fine Day to Exit. Acting as equal parts continuation and expansion of the artwork’s implied narrative, The Optimist begins with a mood-appropriate introduction with “32.63N 117. 14W” transitioning into the actual first track, “Leaving it Behind” which is actually weirdly unbalanced. Vincent Cavanagh’s vocals often feel at odds with the instrumentation. It’s perhaps overly mixed, and oddly centered compared to the myriad of other interesting aural experiments the band is working through on the track. It feels also tonally incongruent with the rest of the album.

Things take a turn for the better as the album progresses, especially in the tracks led by vocalist Lee Douglas, such as “Endless Ways,” which showcases her beautiful and often dramatic style. The instrumentation remains more in line with post-rock here, and it shines. There’s a sudden expanse of explosive, reverb-drenched guitars, generating crunchy, spacey layers of noise. While not necessarily new, it is competent technically, if not somewhat predictable in approach. The title track demonstrates that Douglas and Cavanagh’s vocals—when paired together through a synthesis of swelling, orchestral compositions—sounds as awesomely grand and affecting as could be. The arrangements here are particularly wonderful, with a second half that captures more of the wonderful expanses of harmony that Anathema has succeeded with in the past.

The album’s lone instrumental, “San Francisco,” has some fantastic keyboard work, with a central clean melody gently humming alongside synths in an elegant dichotomy that never loses momentum. Talented as Anathema’s vocalists are, this track makes a strong case for experimenting with some vocal-less arrangements. In the absence of vocals, it’s easier to regard Anathema’s finer talents.

The middle of the album reveals some of its peaks, with “Springfield” easily being the strongest track on the album. The hushed opening drums with brief buzzes of synths alongside a constant piano melody sets a wonderful space for Douglas’ vocals to shred through the pattern of sound, mixing with fervent guitars dying in the distance. It’s a procedural track in the way it develops, adding in new sound slowly until its second half, where the post-rock ambitions of the band shine most clearly. It’s the most concrete template for the sonic explorations that would have made for a more cohesive alternate version of the album. Instead, the grandiose soundscapes here feel at times wasted because there’s no sense of continuity throughout the rest of the album. This goes back to the identity issues that really punctuate this work; it’s not just the combative transitions of vocalists, it’s also the tracks themselves.

It’s not all prog and post-rock experimentation here though. “Ghosts” has some trip-hop ambitions, which when combined with Douglas’ vocals makes for a nice thesis of genre integration. This tract of sound proves that if Anathema had focused their efforts on a singular genre here, like in their prior outings, it may have proved more engaging, since they clearly have the means to proficiently explore a variety of avenues of stylistic blending. Because of this, tracks like “Can’t Let Go” that are advantaged by more sensitive vocal blending still end up feeling betrayed by their tempo, far too eager to reach the end of the song. “Close Your Eyes” suffers from a similar mismatching of melodramatic pauses and vocalizations that is only saved by it’s jazz oriented second half. There is a trepidation in being steadfast to the ideas that Anathema posits in terms of style and cohesion.

Final track “Back to the Start” is a certifiably epic composition that showcases the absolute best that Anathema has developed over their 27 years as a band, with varied sounds, including a surprisingly sentimental Britpop-centered first act. This is a masterful track that stands on its own, with Cavanagh(s) and Douglas turning in some amazingly pretty work. It’s a hell of a song.

The Optimist in some ways struggles to find an identity that benefits from the band’s clear talents. While the title track and “Springfield” absolutely rip, the rest of the album doesn’t match the intensity of these post-rock experimentations. There are some bold tapestries to be found here, without a doubt; the general keyboard work and Douglas’ vocals are absolutely top notch, the compositions are diverse and led by explicit harmonies and melodies that are served in small and memorable packages. That’s a benefit and a fault, some songs just deserved more runtime, more space to grow. Anathema’s experiments here are ambitious and at times bold, but also muddled by questionable production elements. After 27 years of bold directional changes, it’s no easy task to constantly innovate, and for that alone Anathema nonetheless deserves praise.