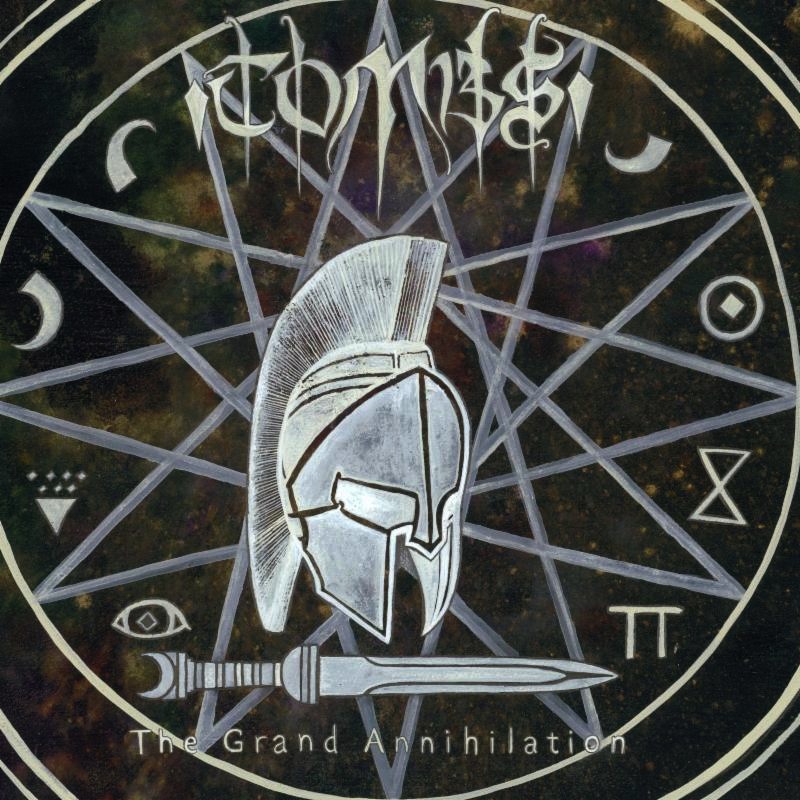 The greatest tool at Tombs‘ disposal is their willingness to get weird. The Brooklyn black metal group has never played it straight; they’re arguably more of a black-metal-influenced band than black metal proper, which allows them the freedom to stray as far from the path of most grimness as they see fit. On their acclaimed 2011 album Path of Totality, the band found an impressive coexistence between black metal, sludge and ’70s and ’80s-era post-punk, nodding to Joy Division as often as they did Neurosis or Emperor. And with last year’s All Empires Fall EP, Mike Hill and company gave up the idea of any particular template whatsoever, blending together psychedelia, death rock, atmospheric black metal and what seemed like half a dozen other stylistic deviations in the course of one excellent between-albums EP.

The Grand Annihilation, Tombs’ fourth album and first for Metal Blade, doesn’t immediately seem quite as radical an exploration of the influences as the fringes of the band’s sound as its brief predecessor, but it’s no less a step further into more diverse, progressive realms for the band. As with previous releases, The Grand Annihilation bears a significant influence from noisy post-punk legends Swans, and even the title itself seems to nod to that band’s 1995 album The Great Annihilator. So to hear Hill trade his scream for a baritone bellow over a morose gothic dirge like “Underneath,” an accessible yet abrasive standout, isn’t necessarily all that out of character. It’s a sound that Tombs already wears well. As is the concise post-punk gloom of “Walk With Me in Nightmares” or the sludgy death rock of “Saturnalian.”

Yet while Tombs’ more direct take at black metal is their most underrated quality, here it’s used quite potently. The explosive gallop of “Black Sun Horizon” is both destructive and heroic, all things a contemporary black metal song should be, with added melodicism to push it over the edge from good to great. And the punchy, Celtic Frost-style goth-thrash of “Old Wounds” is Tombs at their best, seemingly melting into the crypt and cobwebs while and soaring into the cosmos at the same time.

The Grand Annihilation takes its final bow with its most triumphant track, “Temple of Mars,” an ominous dirge that reinforces the band’s darkest qualities while incorporating the tremolo picking and double-bass-pedal pummel that heralds the mark of a goth-metal band and not the other way around. It’s a balance that few bands other than those fronted by Tom G. Warrior himself are able to pull off, and it sets Tombs apart as a particularly novel band in a field of bands that, by and large, have come to wear their post-punk influences on their sleeves. Tombs have been doing this for a long time. On The Grand Annihilation, they simply seem to show that there’s no need to choose one path of darkness or heaviness if you’re willing to explore their most cavernous depths.